Governance of Stand-Up Paddle to the ISA at Olympic Level 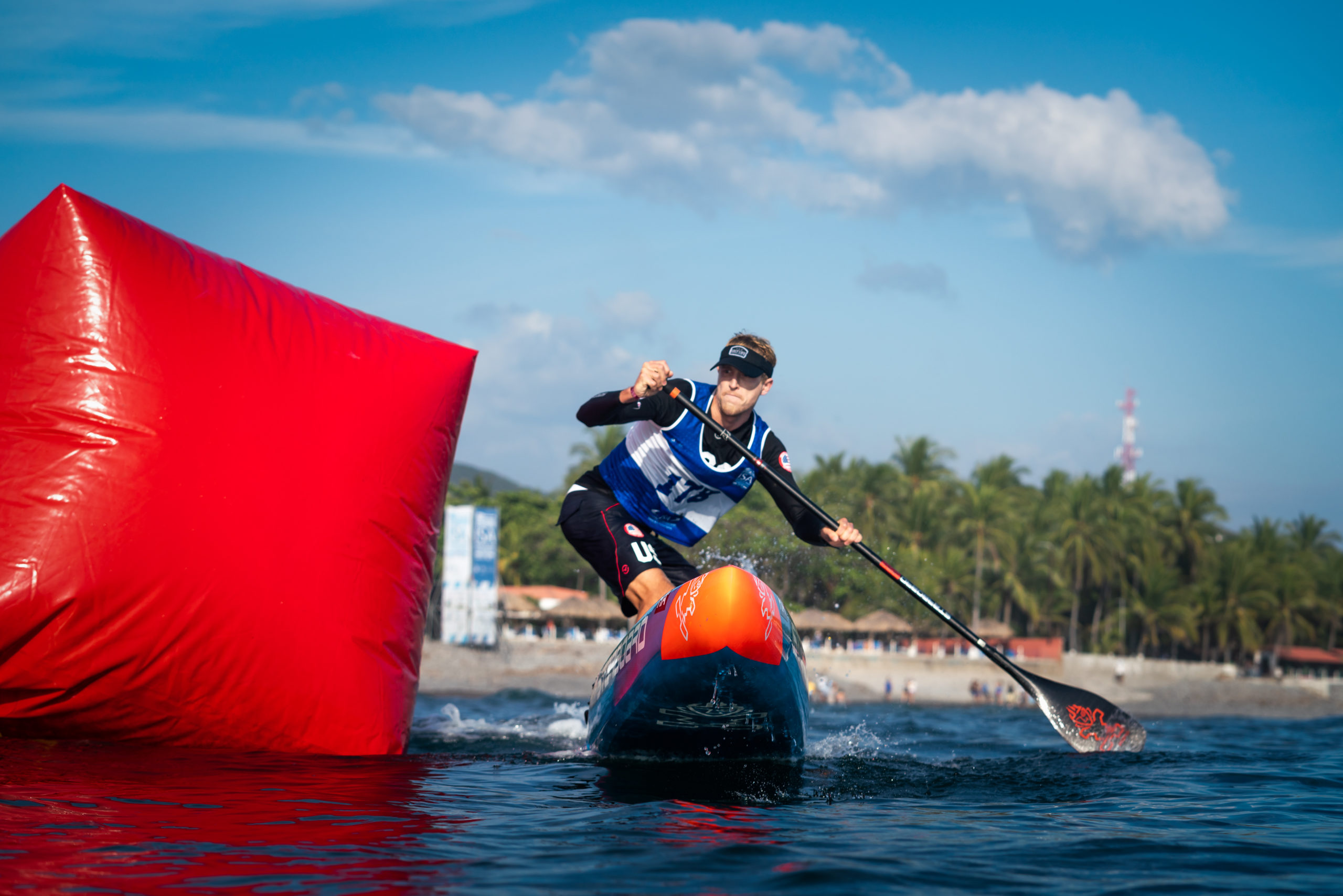 The following article is written by ISA News and can be found on the ISA website.

The ISA today welcomed the landmark decision by the Court of Arbitration for Sport (CAS) to award the governance of StandUp Paddle (SUP) to the ISA at Olympic level.

The resolution of this matter is an historic moment for the sport of SUP and the ISA. The ISA has been committed to the global development and promotion of SUP over many years – investing and defending the sport to serve the best interests of the athletes, national federations, local SUP events and all fans.

The CAS award allows the ISA to further focus and fully accelerate the international growth and popularity of the sport, as the International Sport Federation responsible for SUP at the Olympic level.

“At the end of this long and difficult paddle, we are both relieved and gratified by this important decision by CAS.  In confirming the ISA’s governance of SUP at the Olympic level, CAS has validated our years of passion, commitment and leadership – from our world champions, to our officials, organizers and member federations.

“The global SUP community can now look forward with clarity in continuing the building of an exciting future for SUP and its athletes. This includes our long-term ambition and plan to see the sport included in the Olympic Programme under the leadership and authority of the ISA.

“For us, there’s never been any question that the governance of SUP at the Olympic level derived rightfully from the history, tradition and culture of surfing.  Today, we feel validation and recognition for all the years of active effort and hard work the committed teams at the ISA and around the world at a national level have invested to ensure SUP’s continued growth.

“Today’s decision is a team gold medal for the sport and the ISA.  We would like to thank all the athletes, officials, ISA member federation leaders and APP World Tour, as well as our legal team at Baer & Karrer, who supported us and stood by us all along the way.”

“As an active athlete, but also a leader of the ISA, I am truly stoked for this outcome.  At the same time, we are pleased to put this legal process behind us. We are eager to get back to the important priority for all of us in expanding the global opportunities for SUP athletes and the sport.

As we saw at the Pan Am Games last summer in Lima, SUP can add amazing value to multi-sport competitions like the Olympic Games, Youth Olympic Games, and other Continental Games.

“The pathway to these events for the athletes – through the ISA governance and its membership – is now clear.”

“For those of us who love and practice this sport every day, our passion to see SUP thrive globally is completely genuine and comes from our core. Today marks a historic moment for the rightful leadership, promotion and unity of SUP, which will ensure it enjoys an exciting and successful future.”

CAS has issued a press release regarding the award, which can be viewed here. 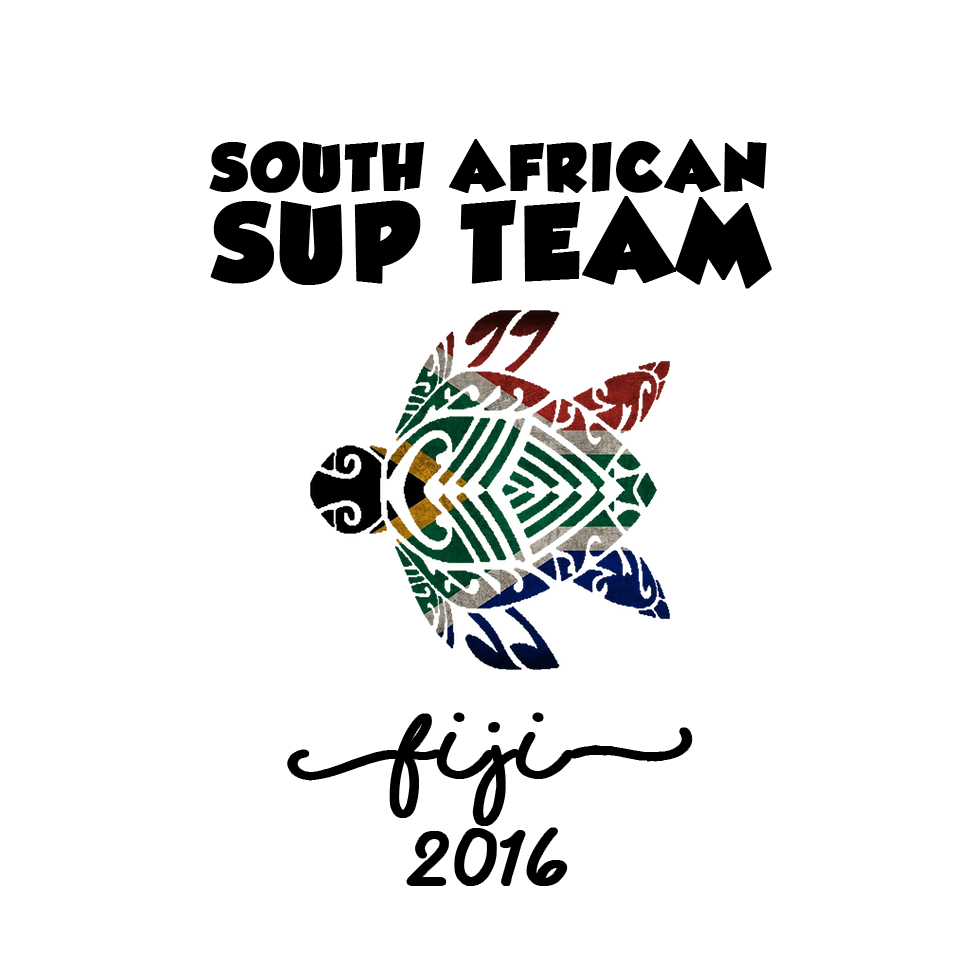 Help get Our SA SUP Team to the ISA World Champs in Fiji. Here is how you can get involved. There are some great deals and huge discounts on products such as SUP’s, Roxy & Quiksilver wetsuits, surf lessons, Island style starter kit, team building packages and more. Purchase one of these and know the funds are going towards supporting your SA Team! 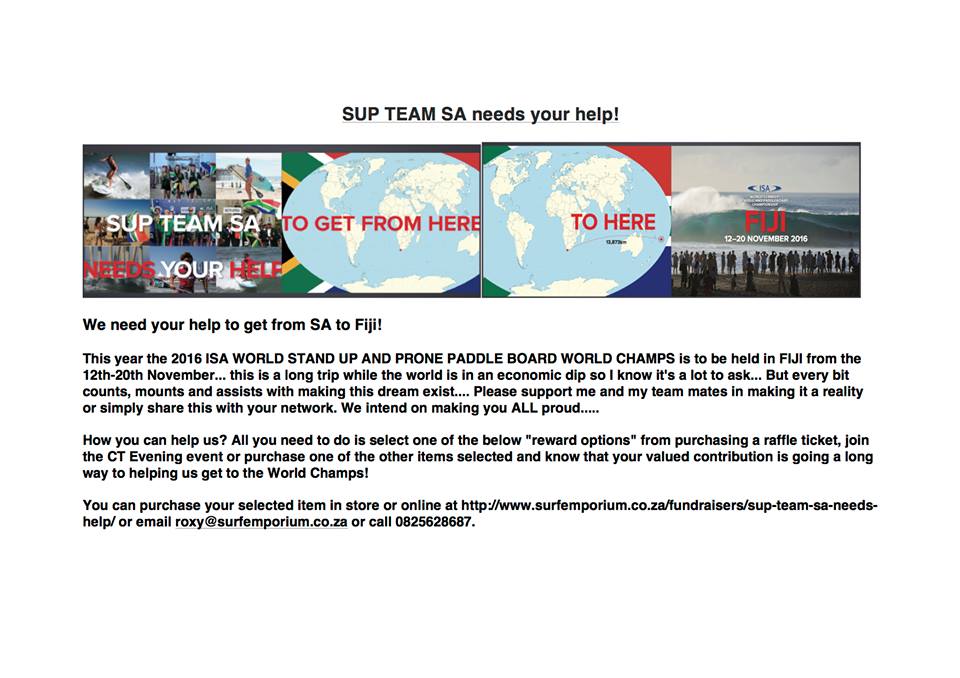 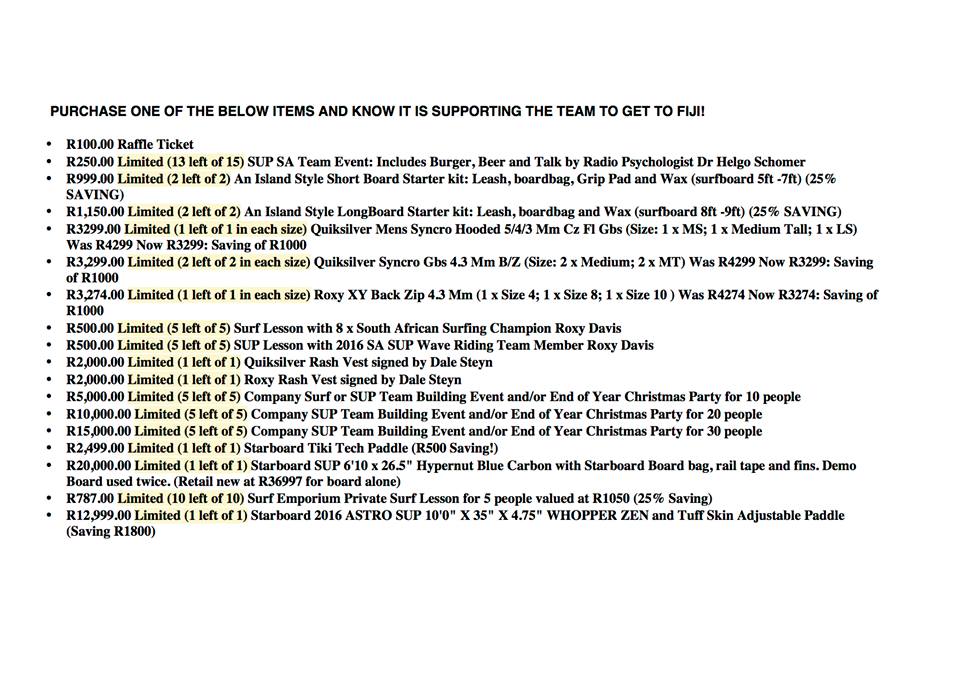 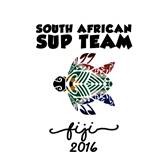 On behalf of the WTF (Way To Fiji) KZN members of SUP Team South Africa – a very BIG thank you to everyone that stepped up and selflessly supported us in our efforts to raise funds at our Fundraiser event held at S43, Durban, on Thursday 8th September 2016.

We received an absolutely outstanding response to our ticket sales, which ended up in 146 people attending including our loyal local SUPérs, business men and supporters – great to see so many wives, girlfriends and partners contributing to the glamour! This type of support is truly amazing.

The evening kicked off at 17h30 with a welcoming “Springbok” shooter to get you in the mood! (this Springbok went down much better than the unfortunate Springbok game that followed over the weekend…

Registration was manned by Caraline and Les, who did a marvellous job as the Guests arrived including managing the Raffle tickets, Burger and Beer tickets and not forgetting to take the Mula! Lande & Jenna as well as Malec & Chantel – worked the room punting additional much needed raffle tickets too, (who could resist the charms!) thanks guys!

The atmosphere was festive and you could feel the excitement building in the air, two beautiful F.one and Naish SUP boards hanging from the ceiling and a massive table filled with prizes to be auctioned and raffled during the course of the evening including the massive ‘’one of a kind’’ long-board care of Brandon Ribbink (could not have been easy letting that icon go to the highest bidder!)

Burgers and Beers were being served and some really good “Home brewed’’ Craft beers from the in-house S43 Brewery. A generous prize was an S43 tour for 10 and as much beer as you can drink…. This was snapped up fairly quickly!

The main draw card kicking off the evening was Twig Baker and Brandon Ribbink both legends of the Sea… Twig of course being a World Champ big wave rider and Brandon a World Champ paddle boarder (both these men have an incredible pedigree going back many, many years and needed little introduction.)

The Question and Answer between Twig and Brandon was very enlightening, Brandon with a hidden talent for interviewing put forward some entertaining and pertinent questions and Twig proved to be an entertaining and insightful respondent, giving the audience a real feel for life on the circuit of the legendary Big Wave spots around the World. The crowd was riveted (Albeit a few party revellers at the back who engaged in deep meaningful raucousness!

As our very talented DJ spilled out the tunes the vibe was almost ready for the start of the Big AUCTION and raffles, this is what everyone had been waiting for.

Deon hit that MIC like no other, he has definitely found a new talent, some bidders found themselves at the end of some very pointed looks and cajoling as Deon squeezed every last cent out of those deep pockets, well done Deon
‘’exceptional’’ is an understatement! Sharon was hard pressed to run after those lucky, successful bidders to record their details before recollection of bids was lost in the revelry, great job! (anybody needing Deon over the following few days needed a pen and paper as the voice was long spent from the exertion of the night!) Thank goodness, he can rest until our Prize giving at the end of November.

Special mention please to-
· The ‘engine room’ behind the scenes crew of volunteers, not already mentioned above – you are all absolute stars!
· The individuals and corporates who donated amazing lucky draws and raffles – incredible and diverse gems were won on the night and we sincerely hope the bidders who dug deep are more than happy with their winnings.
· Black-Coffee donated their time, energy and state of the art equipment to ensure a professional and eye-opening experience for all.
· James the DJ once again kept the crowd energised and impromptu dance moves were the order of the day!
· The S43 crew of bar tenders and waitrons were on the ball and ensured glasses were kept full and the burgers went down a treat indeed.
· Brand House for the Springboks at the door, setting the mood!
· Lastly, to everybody that endured the push and pull from yours truly, Manager of Team S.A, your patience resulted in a resounding success!

Thanks again and keep an eye out for further updates as we progress towards the grand departure for Fiji – with this kind of support behind the Team Medals are sure to follow! 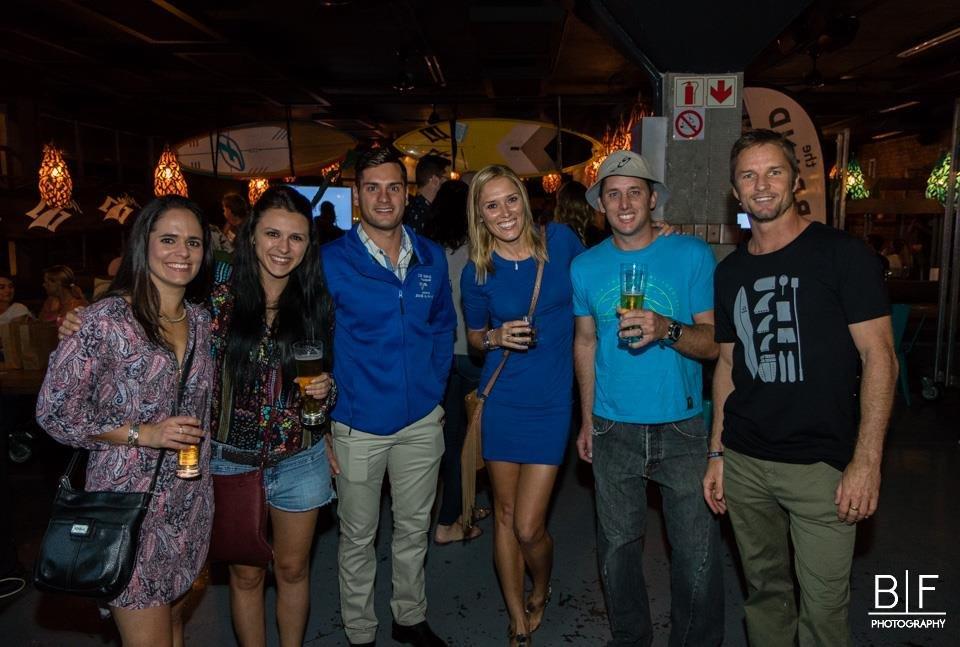 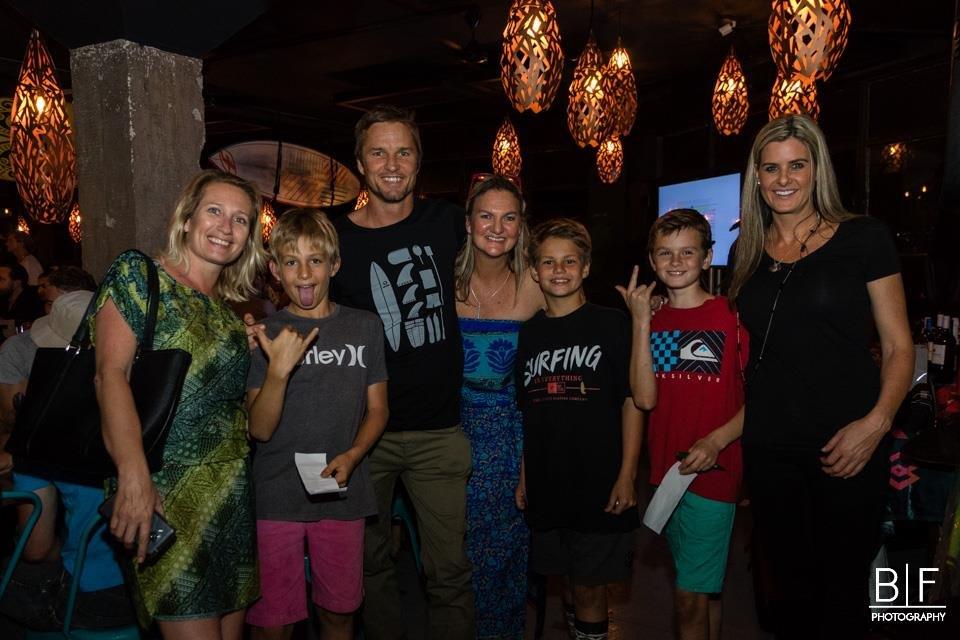 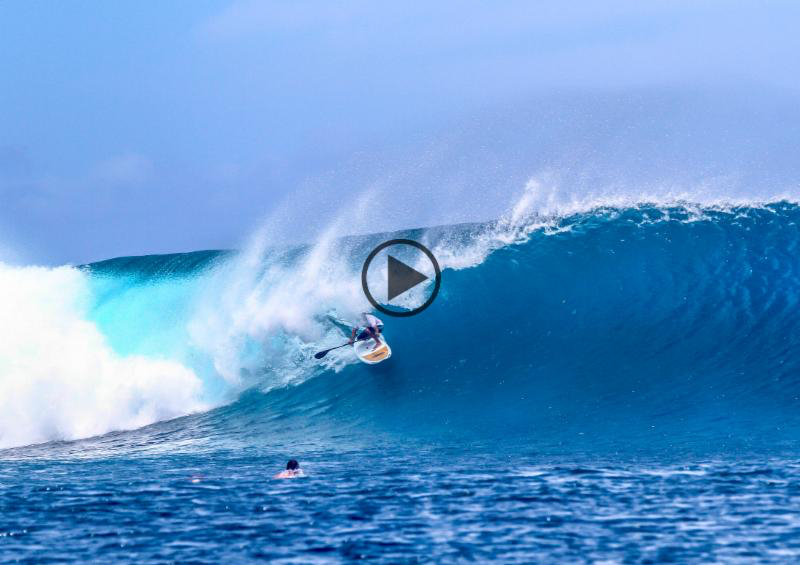 Surfing South Africa is proud to announce that the Board of Directors has ratified the selection of the members of the national SUP team which will represent South Africa at the 5th ISA World Stand-up Paddle and Paddleboard Championships to be held in Fiji from 12th to 20th November 2016.

“Surfing South Africa congratulates each member of the national SUP team on their selection to represent their country. This is a prestigious International Surfing Association sanctioned event and we look forward to watching the team waving the South African flag high in Fiji,” said Robin de Kock, General Manager of Surfing South Africa.

“We have a strong team representing South Africa at this year’s ISA World Stand Up Paddle and Paddleboard Championships. This is testament to the growth of the sport along our coastline. With seasoned riders from last year’s event along with fresh new talent in the team, we can look forward to top-class performances in the water against the world’s top SUP surfing and paddling nations,” said Bruce Johnston, President of Stand-Up Paddling South Africa.

For further information on SUPSA and the national SUP team contact Bruce Johnston on president@supsa.org.za

2016 will mark the fifth edition of the competition, which has become the fastest growing in the ISA World Championship Series. In 2015 participation more than doubled since the event’s inception in 2012 as 27 Nations and 260 athletes graced the shores of Sayulita, Mexico in an incredible week of competition that resulted in Team USA earning their first-ever Gold Medal. 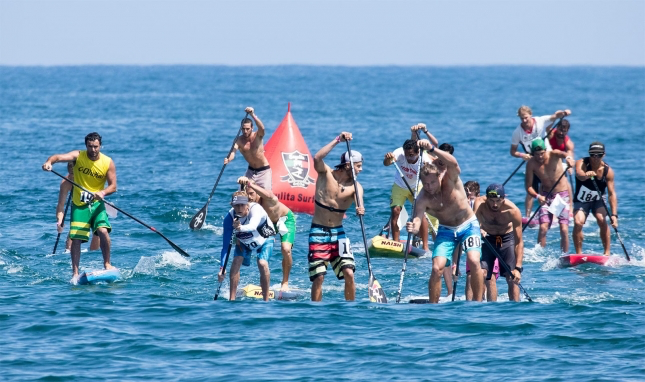 SUPSA invites applications for the positions of Team Coach and Team Manager to accompany the South African Team to the 5th ISA World SUP and Paddleboard Championships to be held in Fiji from 12 -20 November 2016.

Successful candidates will be awarded their South African Colours and will enjoy an exceptional opportunity to participate in a unique World Championship event that this year will be held  in the most exciting venue since its inception.

The positions are as follows:

The Team Coach is required to assume overall responsibility for Team training, conditioning, performance and motivation both prior to, and during, the event.

In selecting the Team Coach, preference is to be given to candidates who can demonstrate experience working;

In selecting the Team Manager, preference is to be given to candidates who can demonstrate experience in:

South African Residents or Citizens in possession of either an SA ID or Passport
Able to fund their own costs in participating in the ISA World SUP and Paddleboard Championships;

Applicants must please forward a short email indicating their interest and motivating their selection to vicepresident@supsa.org before 15 May 2016.

The International Surfing Association (ISA) has today confirmed that the 2016 ISA World StandUp Paddle (SUP) and Paddleboard Championship will be hosted in Fiji – the first time that an ISA event will be held in the Pacific island chain, further highlighting the global growth and expansion of SUP Surfing and Racing.