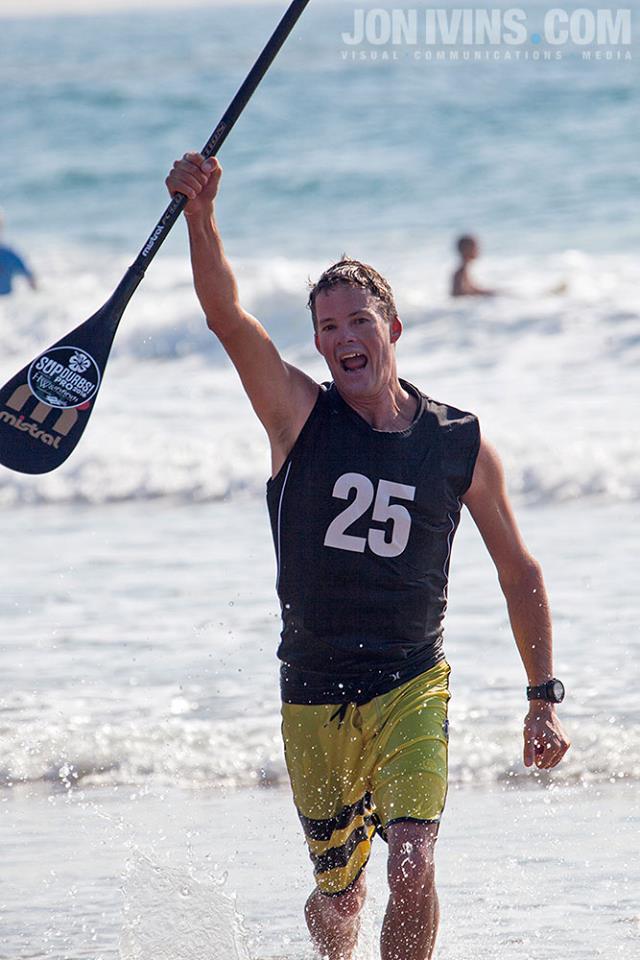 The annual SUPDurbs Pro was once again an exceptional weekend of SUPing with Durban delivering some fine warm weather as the rest of the country chugs through winter! As the event doubled up as SA Champs this year, conditions preference was given to the wave event and was determined but the SUPDurbs Proi event committee late into he week with the race event taking pack on the Friday and wave event over the Saturday and Sunday.

Brandon Read set up a really interesting technical style course in front of DUC. The race consisted of a 4 laps, with a beach start right in the corner best to the harbour wall with 3 beach runs around the chicane which kept paddlers for heading over the Veggies rocks. The total course distance was ~10.5km. 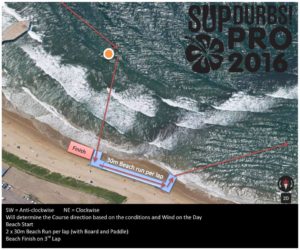 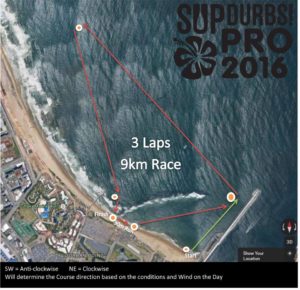 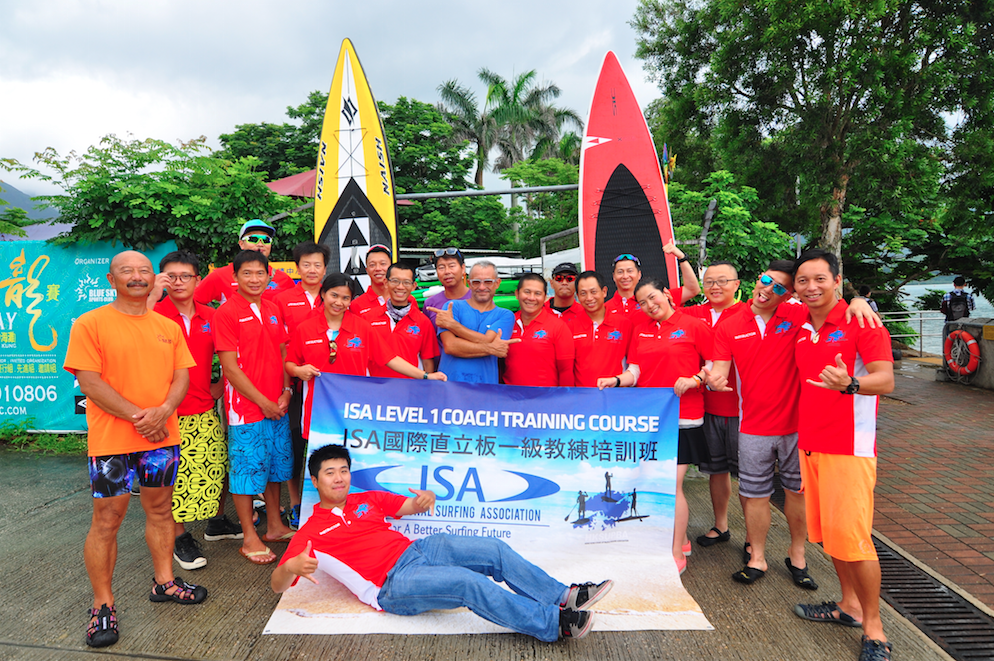 The International Surfing Association (ISA) is continuing to spur the global development of StandUp Paddle (SUP) with the certification of over 150 ISA SUP instructors across 12 countries since April 2016.

Instructors were certified in countries including Brazil, Switzerland, Finland, Canada, Belgium and Hong Kong, highlighting the universal appeal and access that has fueled the growth of the sport in recent years.

SUP Courses are part of the ISA Coaching and Instructing Program, which is designed to establish an industry standard of safety, quality and efficacy for SUP and surf instructors around the world. With a special emphasis on safety, the ISA Coaching and Instructing Program teaches risk management, duty of care and water safety, along with the practical skills and knowledge to properly instruct others. 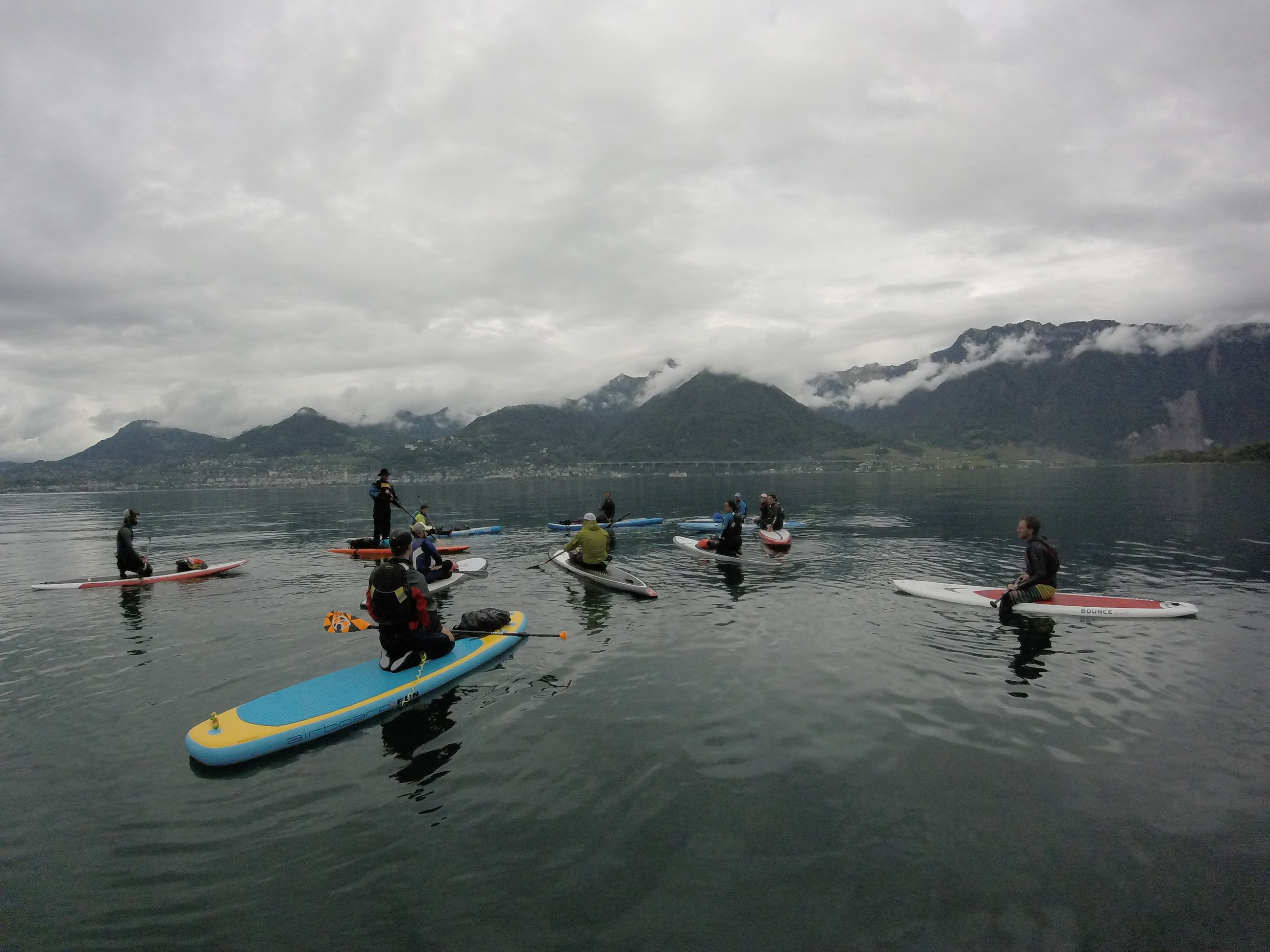 The courses exemplify the ISA’s strategy to grow the sport of SUP in non-traditional markets. As countries that have little to no access to quality waves, the rivers, lakes and oceans of these countries provide their people with the opportunity to practice the sport on flat water as an alternative to SUP Surfing.

Finland, which joined the ISA in 2015, has taken advantage of the ISA Coaching and Instructing Program to further grow the sport of SUP in the country.

“The ISA Flat Water SUP Course held in May was a great success certifying 26 new instructors. We are planning another course for fall. ISA Membership has helped the sport gain huge popularity in Finland and it is by far the fastest growing watersport in the country.”

“ISA SUP courses are a key part to the global growth of the sport in both traditional and non-traditional SUP and Surfing nations. It is important that the ISA establishes the industry standard to ensure that instructors have the proper skills and knowledge.

“As the governing body of Surfing and SUP, the ISA continues to lead the charge for the growth of this young sport with the ultimate goal of inclusion in the Olympic Games. Thanks to the ISA’s efforts, SUP Racing has been included on the Sports Program of the 2019 Pan American Games in Lima, Peru. SUP was part of the ISA’s proposal to Tokyo 2020 and we will continue to promote the sport in the hope that it can be included on the Program for the 2024 Games.” 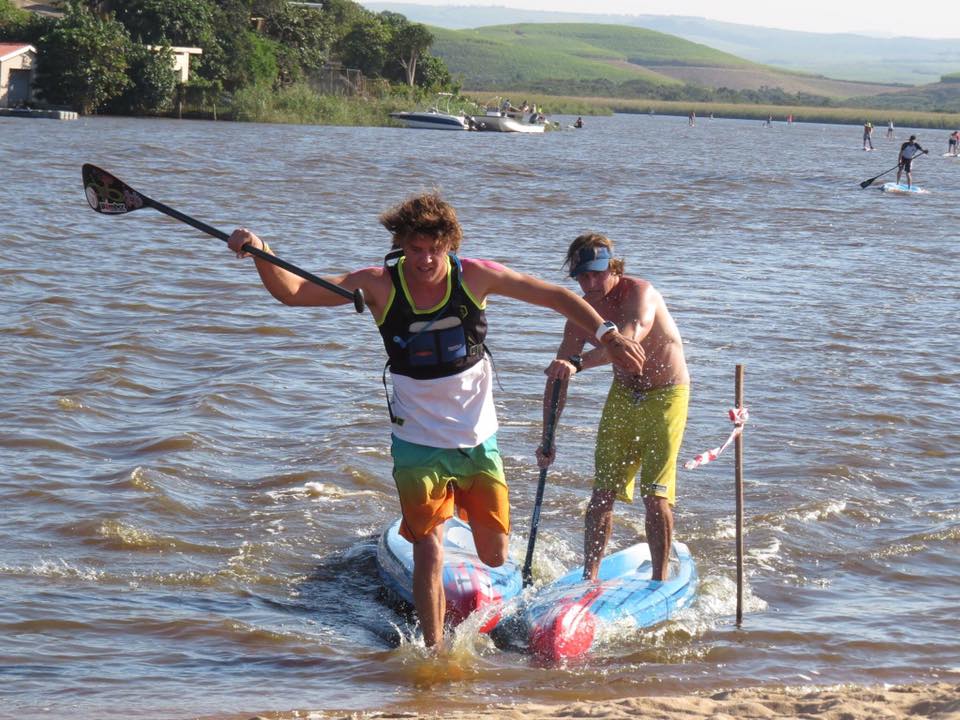 The 2016 Starboard Zinkwazi 10km SUP Race is now in it’s 6th Year. This year we were blown away by an exceptional attendance with more than 50 contestants finishing the race and therefore making it South Africa’s largest SUPSA sanctioned Stand Up Paddling Race ever held.

A beautiful sunny morning it was and contestants from all provinces around South Africa including Gauteng, Western Cape, Mpumalang and Kwazulu-Natal had travelled from far to be there on the day. 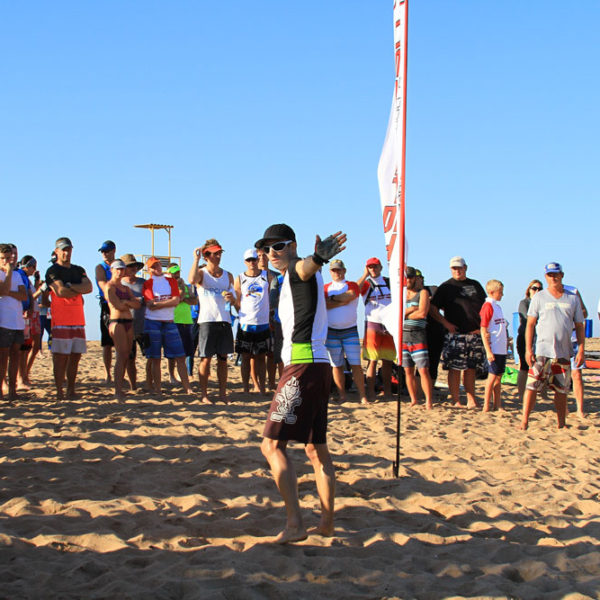 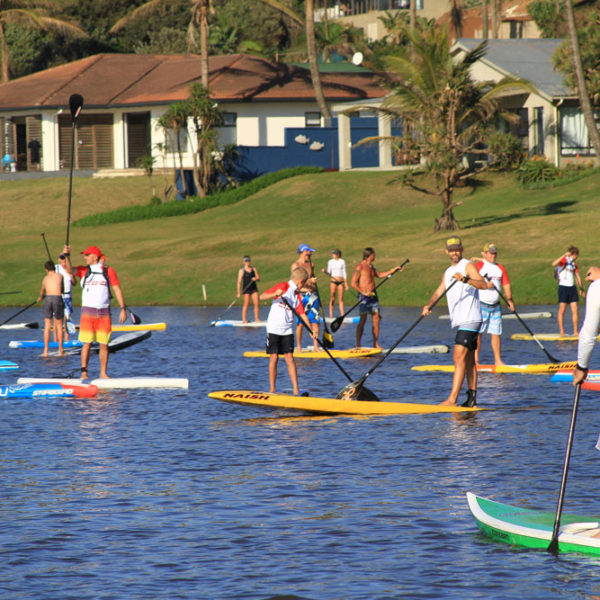 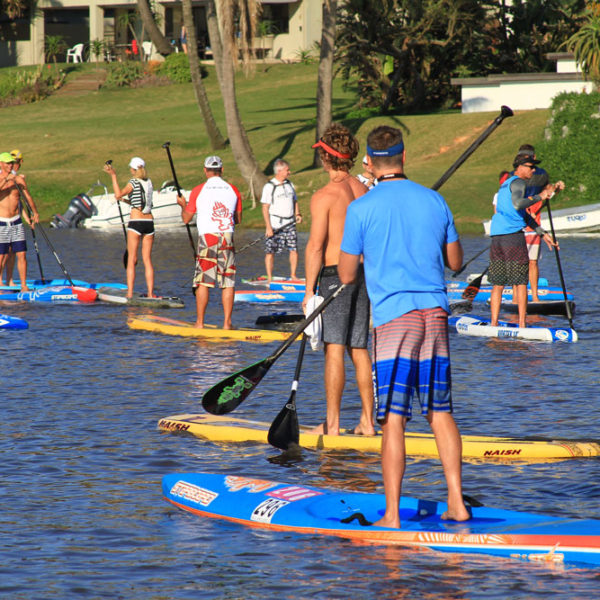 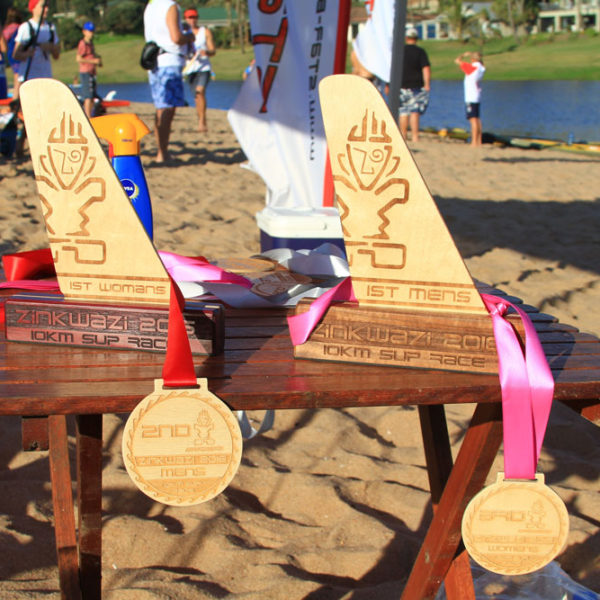 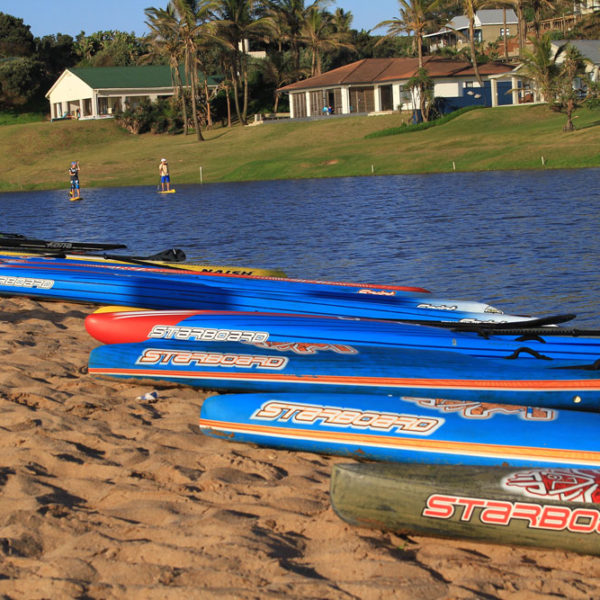 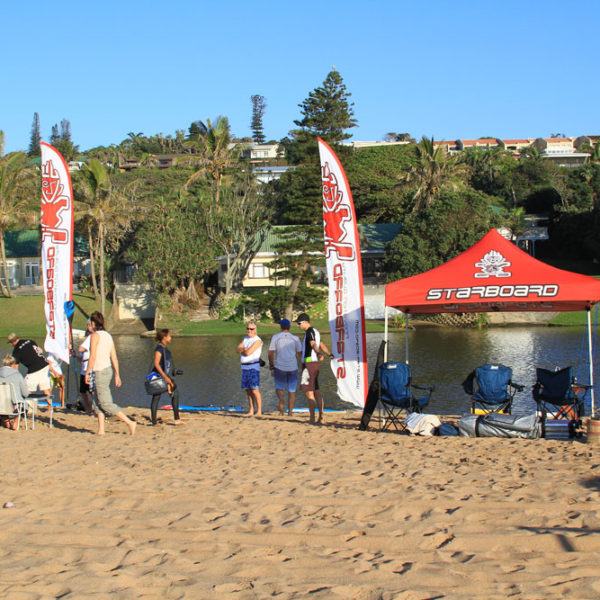 Registration started at 8am, the Race Briefing around 8:40 and Race start at 9:00. With the blowing of the horn, the race was underway and Dylan Frick and Chris Couve were quick out of the starting blocks to set a frighteningly fast early pace. The women started a minute behind the men as per SUPSA rules and here Jackie, Lande and Charlotte exploded off the starting line. 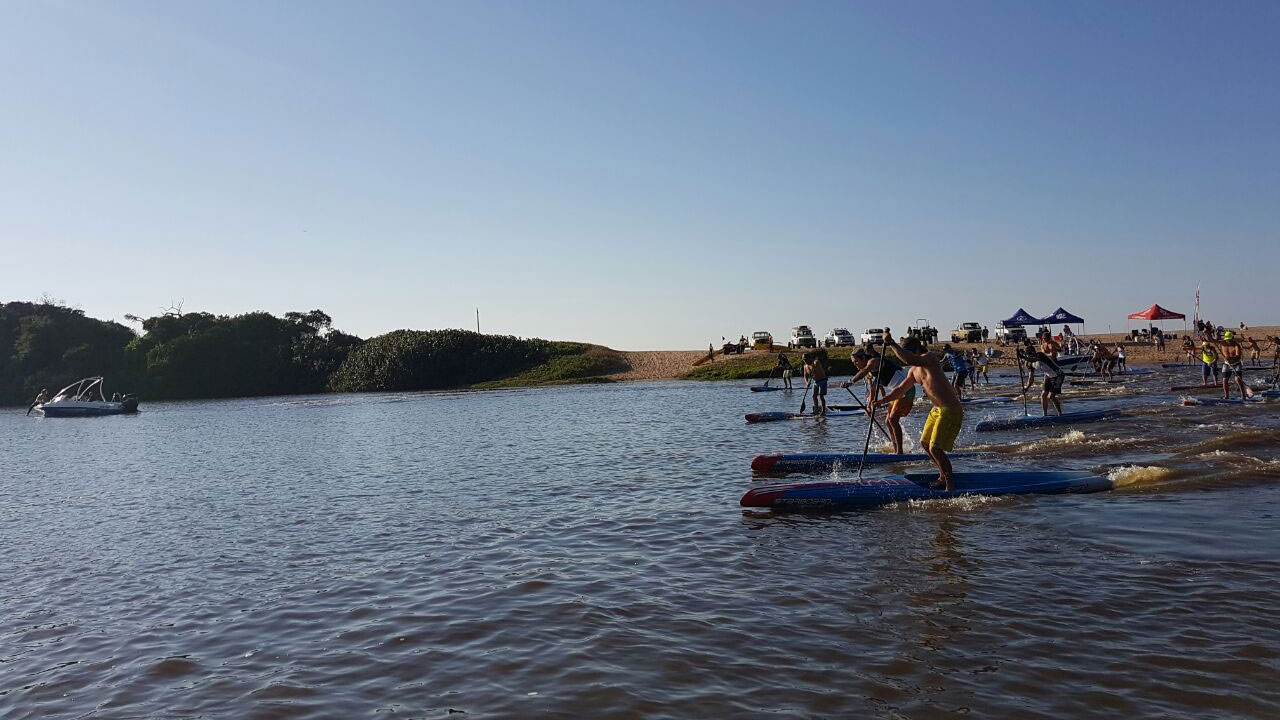 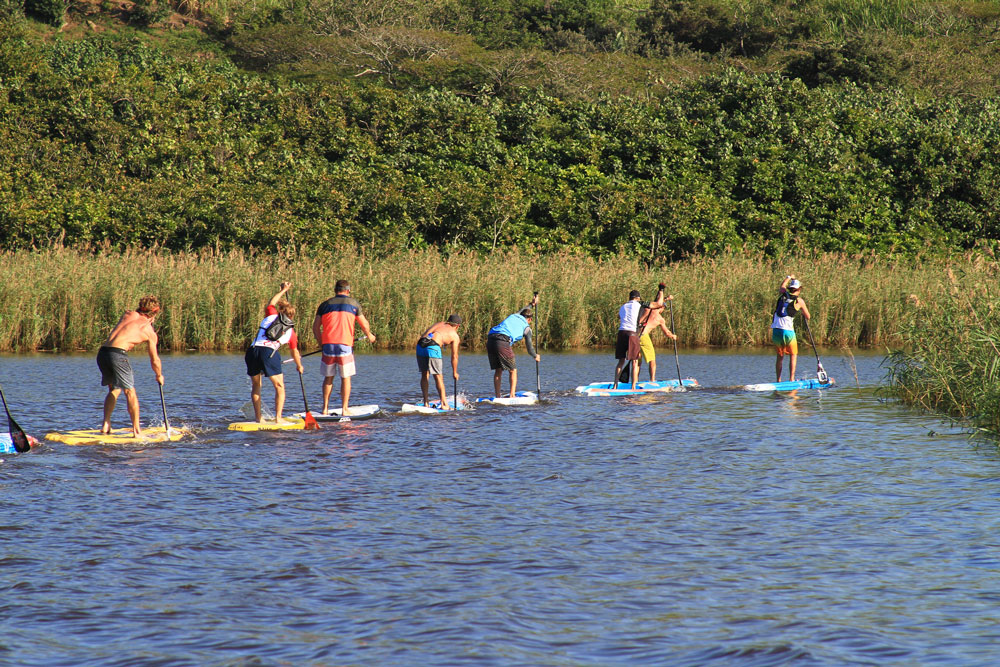 The first 2.4 kms to the first buoy are always super tough as contestants attempt to catch on to a suiteable draft train that will allow them to settle their racing heart-rates and find a rythm within the race.

Amongst the men, Chris and Dylan were setting the pace with Gunter on their draft and Rory from Cape Town leading the second draft train working hard to close the gap. Further along the field we had Grantley Read, the Zinkwazi local legend, Kimon and Charles from Cape Town, Darryl Bartho, Brandon Read, Shayne and Nick from Durban all putting in a massive effort to keep up the pace.

The top three ladies, Charlotte, Jackie and Lande had to race strategically as injuries and illness had affected all of their fitness level and therefore raw endurance strength wasn’t something to bet on.

Dylan was the first to make a 180 degree clock-wise turn around the first buoy, after which he applied is usual strategy to put in a hard interval coming straight out of the turn. Unfortunately he wasn’t able to shake Chris nor Gunter off and Rory also had now joined the leading pack.

The first buoy turn always helps to shake up the racing packs and here the more skillful racers have an opportunity to whip their boards around the buoy and shoot out of the turn in order to open up gaps.

A slight offshore breeze had now come up, which the contestants felt supporting them on their route back towards the beach. A new addition to the race was a chicane on the beach where contestants had to beach their boards, grab them and together with their paddles run along the chicane for a short 30m over the beach sand and then leap back in to the water. This really is exciting and mixing the racing up a lot and has been put in place to be more in line with international racing format standards. 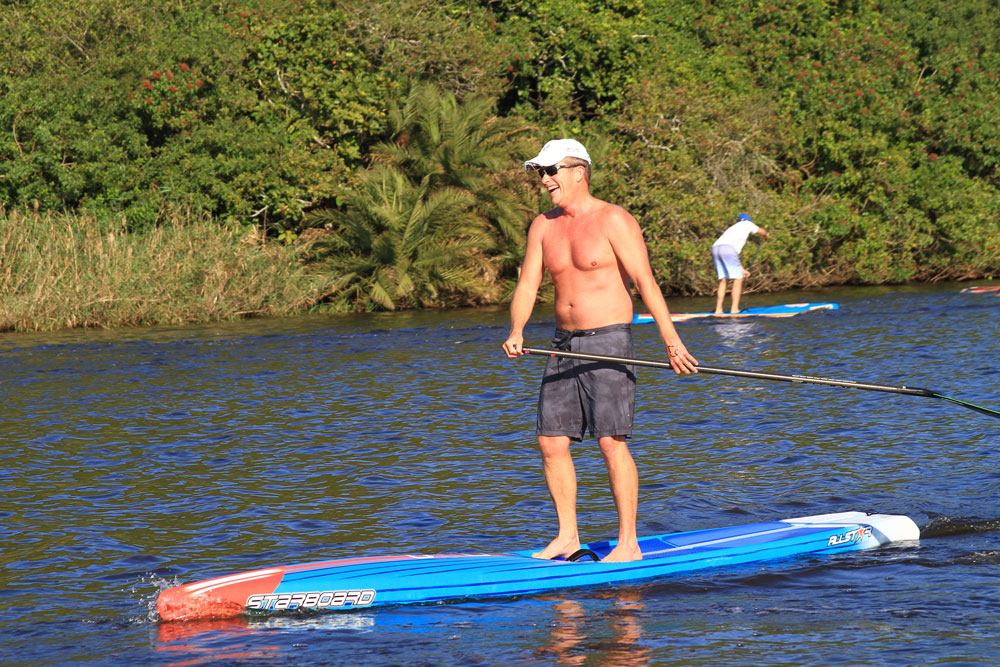 The second half of the race followed the same path as the first half with positions amongst the contestants remaining quite consistent. Amongst the Men, Anton Nel from Johannesburg had found a comfort zone paddling up against the wind and managed to real in a few places and close the gap to Grantley Read. Corne Rossouw from Johannesburg was continuously being challenged throughout the race by Capetonian 12 year old Juniour Cameron Tripney, who was putting in a star performance and showing the grown ups what they can expect in the years to come. Heading up towards the final buoy turn the contestants new that this would be there last opportunity to rattle the field. Dylan once again was first to turn, followed by Chris, then Rory, then Gunter. The second pack was being led by Kimon, then Charles and Darryl. The 3 top ladies were taking turns at the pole. The last 2km towards the beach and the finish line had Dylan put in a massive interval that managed to shake off Rory and Gunter. Chris however hung on all the way to the shore and now it was only the final sprint that would determine the winner. Some wake from a nearby boat unsettled Chris, Dylan took full advantage of this and was the first to get his foot on to sand for the final sprint through to the finish line ~ taking the Men’s title. Chris unlucky but proud on his second place came through the finish line only split seconds after Dylan. Rory from Cape Town took third place and Gunter from Johannesburg fourth. Followed By Charles and Kimon from Cape Town.

Check out a replay of the 2016 Starboard Zinkwazi 10km SUP Race finish line, brought to you by Your SUP Life:

The Ladies finish was as exciting with Jackie (F One), Lande (F One) and Charlotte (Starboard) fighting it out for first place. Lande managed to beach first and sprint through the finish coming in split-seconds before Jackie and Charlotte. So a very stoked Lande becomes this years ladies winner followed by Jackie and then newcomer Charlotte. 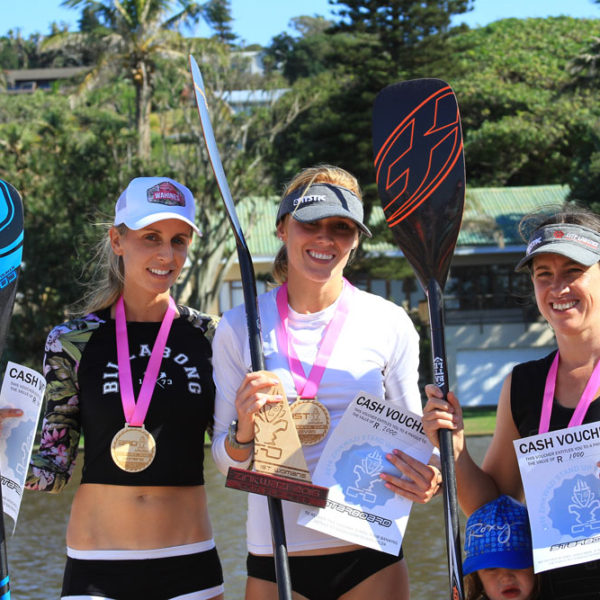 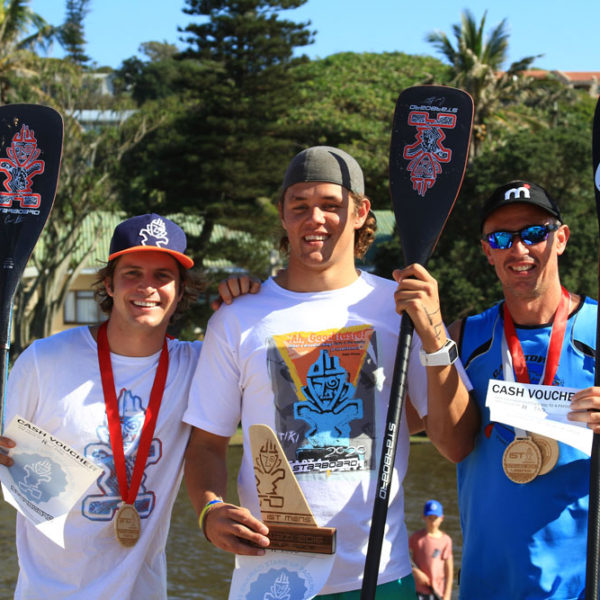 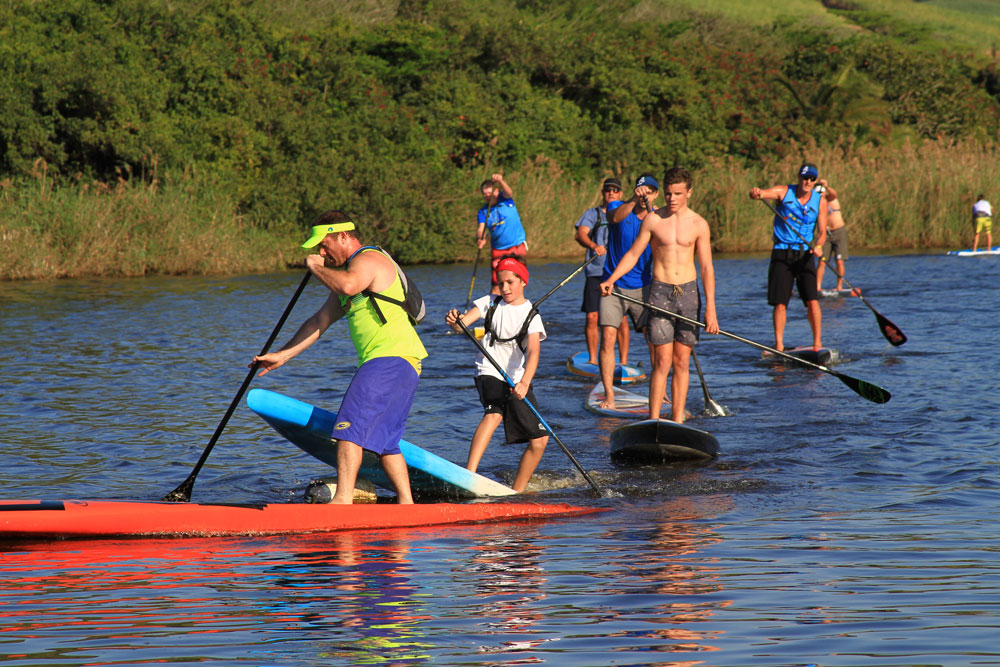 Thanks to our sponsor Starboard SUP South Africa for sponsoring cash, prizes, awesome Starboard Tiki rash vests and refreshing water at the finish line. A massive thank you to Chris Couve for his all help in marketing and organising the event and thanks to Robbie Couve, our Race and Safety Director as well as a massive thank you to Ingrid Dippenaar for running the admin side of things as well as managing the time-keeping. We also had Erica from the local newspaper The North Coast Courier taking photos as well as Scott Elliot, Jon & Morgan Irvins, Anna-Marie Frick and Shelly Nel also were taking photos and videos. And most of all thanks to all participants for making this event, South Africa’s largest and most successful SUP race in South African history. We’re looking forward to next year event already!

Download the High Res Images from the Dropbox folder here… 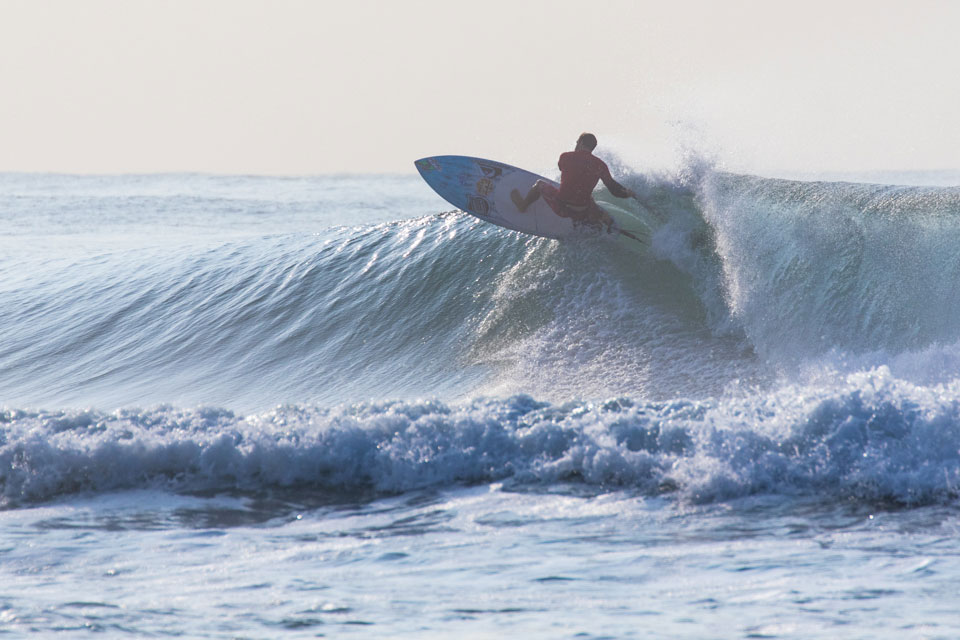