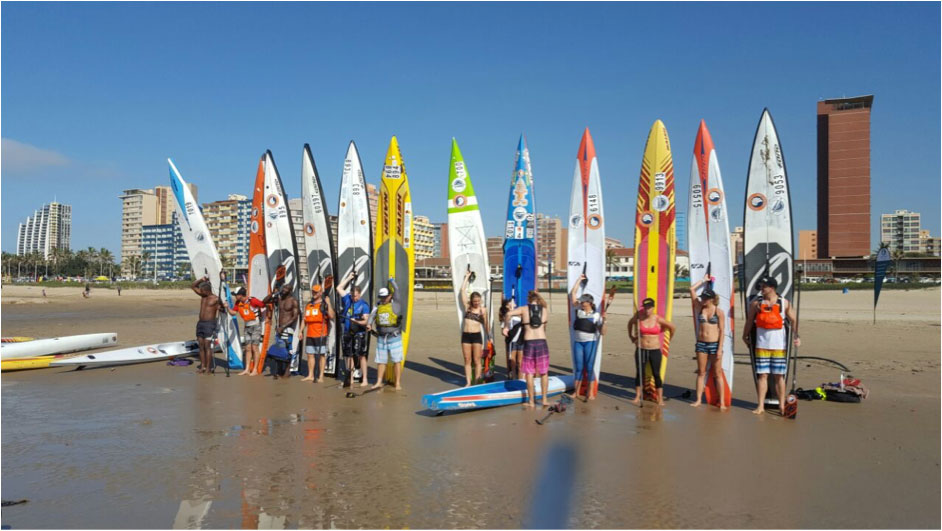 Unbelievable conditions welcomed the paddlers to the start of the 2017 King of the Bay Race Event at Bluff Yacht Club on Sunday 21st May.

The slight chill in the air was just a tease for what was lined up for the day! The terrible conditions which had prevailed throughout the last week had finally subsided and what a perfect day for racing it was; the sun packed a punch and the wind was literally breathless.

Race registration went smoothly, and, as with racing, the last-minute preparations were underway! Juice bags, board sponsor stickers, sunblock, hacksaws and paddle shafts…. it was all out there.

Silence lurked amongst the favourites as race strategies and tactics were almost tangible. Blank stares into the distance were interrupted by the fast approaching race start and final equipment checks.

As the Surf ski paddlers started their race and headed out into the distant glassy waters, the SUP race briefing was underway. Jackie De Billot, SUPSA official, explained the course and safety regulations for the race. The excitement was brewing as paddlers, some new to the event, were about to paddle through the Southern Hemispheres busiest commercial harbour. A big thanks to the Durban Port Officials for granting permission for this great race to take place. 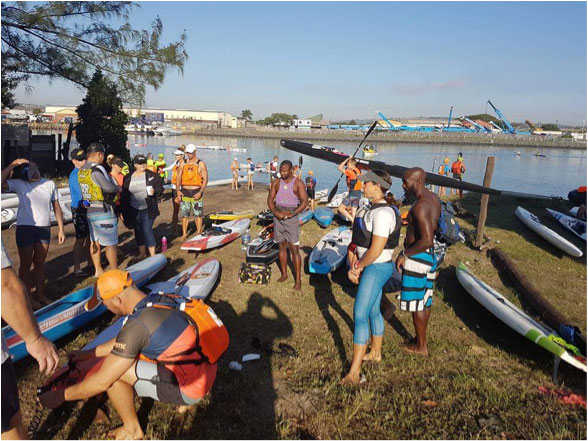 Paddlers took to the water for their warm ups, the heat of the day now settling in and STILL no breeze to speak of.

The siren cried and racers were under starters orders, the Men starting first and the Ladies 1 minute after.

The men’s race was underway, with Kimon dos Santos and Matt Swemmer making an early break up the channel before the right turn up the silt canal. Drafting was key in this flat water race with the odd welcomed ‘bump’ to boost a surge. Low tide at sunrise meant paddlers were against the pushing tide, and the sand banks were definitely something to look out for! Close behind the front two were Shayne Chipps, Brandon Read and Thulani Nzama working together to chase down Dos Santos and Swemmer. Nearing Wilsons Wharf, Swemmer lost his footing and fell, giving Dos Santos a small lead. With Swemmer now down, the surge came from Chipps to make up the gap as he broke away from Read and Nzama. The only thing left between Dos Santos and the KOTB Victory was the channel exit and the last haul to the beach. The pushing tide through the channel reclaimed the last of the energy from the tanks. Turning the corner and seeing ‘home’ was a welcomed sight and the race was on! Dos Santos managed to kick onto the front bump and landed on the beach ahead of Swemmer and Chipps with Nzama and Read (1st Legend) fighting it out for 4th and 5th place respectively. 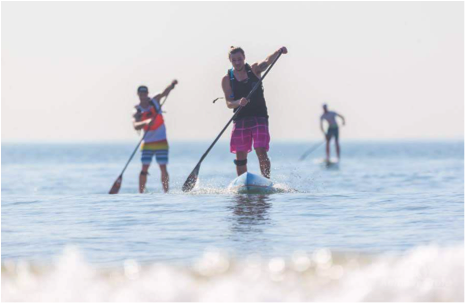 Dos Santos, Swemmer and Chipps approaching the finish at Marine

Dos Santos, claiming his first KOTB Victory on his debut, had this to say after the race, “Definitely one of the best races on the calendar and it was amazing to be able to paddle through the Harbour. It was my first KOTB and wouldn’t say it was an easy one, the hot conditions and not having any wind made it a gruelling 10km race!” – Well Done Kimon!!!

On the woman’s front, the early breakaway came from Jackie De Billot with Danica Bartho and Charlotte Atherton hot on her heels. Approaching the half way point the underlying sand banks pushed De Billot out on the wider line whilst Atherton and Bartho went for the harder slog over slightly shallower waters. Atherton broke away from Bartho and made good time over De Billot catching before the channel exit. It was, “Hammer down and together they pushed on” said De Billot as she jumped onto Atherton’s tail wake with Bartho close behind. The front two worked together out the channel and left it to a sprint to the end as they approached the final bouy before turning to the beach. De Billot dug deep finding herself with a slight lead after the bouy and the battle for the Ladies KOTB Crown ended with De Billot taking 1st, Atherton in 2nd and Bartho in 3rd. 4th place went Jeanne Grace (1st Diva) with Lande Williamson coming in at 5th. 1st Junior home, Jess Rankin, taking 6th place overall – a great effort coming up trumps on her first race event! Karissa Grace was up next in the Juniors category. 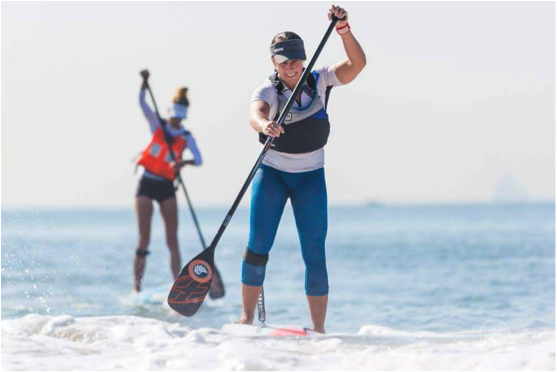 De Billot, securing her 3rd consecutive KOTB Win, said, “I’m chuffed to have secured the Hat-Trick, it’s one of my favourite races and always a privelidge to paddle through the Durban Harbour. Well done to all the paddlers!”

Stepping away from the ‘racers’ it was great to see such a great turn out on the social front with a few debut paddlers in the mix. Wern Van Molendorff came up in 1st place in the social division. Well done Wern!

A big thanks to Bay Union for allowing SUPSA to run their second National Race Event in conjunction with the renowned King of the BaySurf Ski Race.

Special thanks to John Oliver and his team for timing the event and all the other race committee members and the event sponsors without which, this race wouldn’t be possible!

Racers on the beach at the finish. – SUP Durbs! Committee 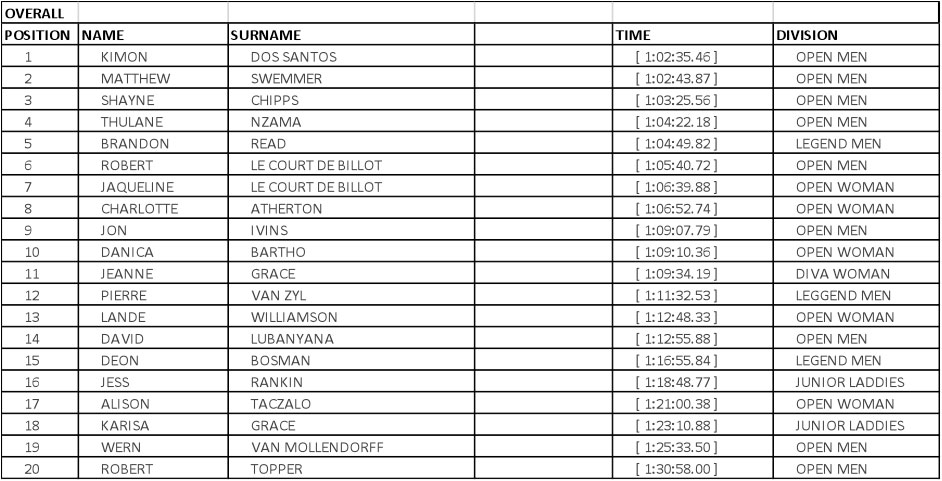 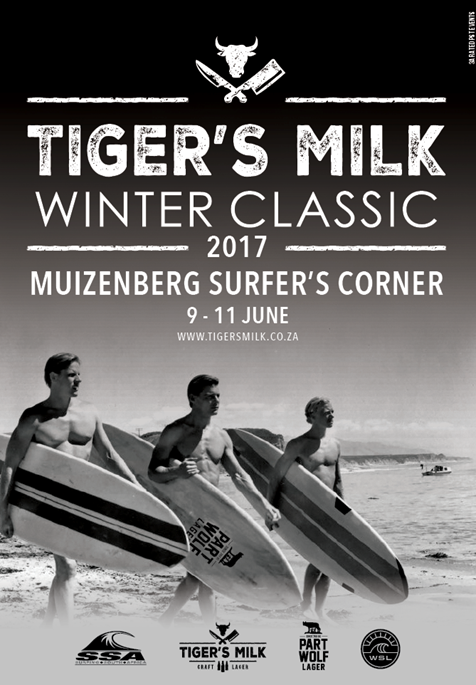 Muizenberg Surfer’s Corner based Tiger’s Milk Restaurant will host the third edition of the popular multi discipline internationally flavoured Tiger’s Milk Winter Classic in early June. Over 150 Long boarders, Shortboarders and SUP exponents are expected to compete in the unique event which is sanctioned and presented by Surfing South Africa in association with the World Surf League.

For the second year in a row a World Surf League Longboard Speciality Event for Men and Women will take pride of place at the Tiger’s Milk Winter Classic and there is R18000 on offer to the WSL competitors alone. In addition to the R18000 that goes to the finalists in the Men’s and Women’s WSL Speciality event a prize purse of R9 000 will be shared by the longboarders who reach the finals in the Over 40 and Over 23 divisions.

An additional R18 000 will be on offer to competitors in the shortboard and SUP divisions making the Tiger’s Milk Winter Classic one of the premier events on the annual Surfing South Africa calendar.

While the Tiger’s Milk Winter Classic will showcase the skills of many of South Africa’s top Long boarders, Surfer’s and Stand Up Paddlers, it will also support a Surfing South Africa Outreach initiative, sponsored by Tiger’s Milk.

This initiative will take place at Surfer’s Corner from 10am to 1pm on Sunday, June 11th, and will involve about 60 young surfers from of community based outreach programmes uses surfing to change the lives of marginalised youth. The programme will be coordinated by Surfing South Africa Development Officer, Danielle Johnson, and members of the Muizenberg based S.W.O.T Surf Club. Although the Outreach programme is geared towards giving surfers from disadvantaged communities the opportunity to participate in a team focussed surfing contest, the main objective of the initiative is enjoyment. In addition all of the young surfers from the eight outreach groups that will receive, refreshments and meals which will be provided by Tiger’s Milk and their suppliers. Surfers will compete in a Tag Team event which is a form of Surfing Relay that will see teams made up of boys and girls competing against each other. In this way organisers involve all participants in a fun surfing contest on the day. The that reaches the Finals will all receive commemorative medals.

The Tiger’s Milk Winter Classic itself will once again be run from inside the Tiger’s Milk Restaurant which overlooks the contest arena and from this vantage point officials and restaurant patrons will have the best view of the action in the water.

Entries into the 2017 Tiger’s Milk Winter Classic are now open and can be completed online by visiting to the Surfing South Africa website at www.surfingsouthafrica.co.za and clicking the Tigers Milk poster. Participants may only enter one division and details of the entry fee are included on the online entry form. 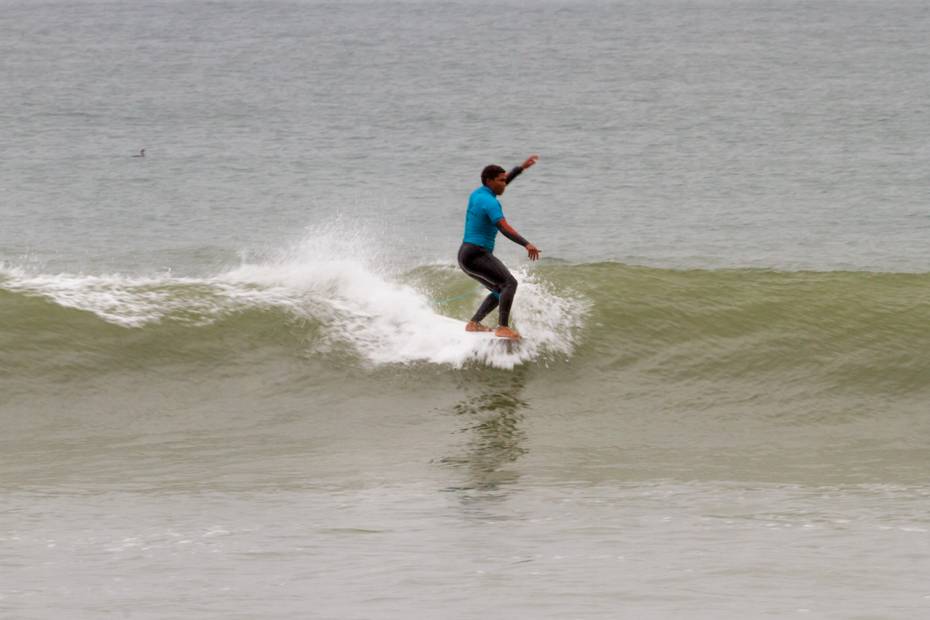 Located in the heart of the Cape Town Surf scene, Tiger’s Milk brings both a heightened sense of excitement and delicious food to Surfer’s Corner in Muizenberg. Serving generous portions of all your favourite ‘Dude foods’ with a panoramic view of the bay is a hard combination to beat. Through the expansion of the brand, Tiger’s Milk has held on to the ethos that their customers have fallen in love with: mouth-watering food enjoyed in a festive environment. It is Tiger’s Milk’s love for surfing led them to host the Tiger’s Milk Surf Classic in 2015, the Tiger’s Milk Winter Classic in 2016 and now the third edition of the event this year.Their aim in sponsoring this surf contest is simple; to promote surfing as a sport in South Africa and provide accessibility to emerging surfers.