SUPs and Prones at the Freedom Paddle 2020 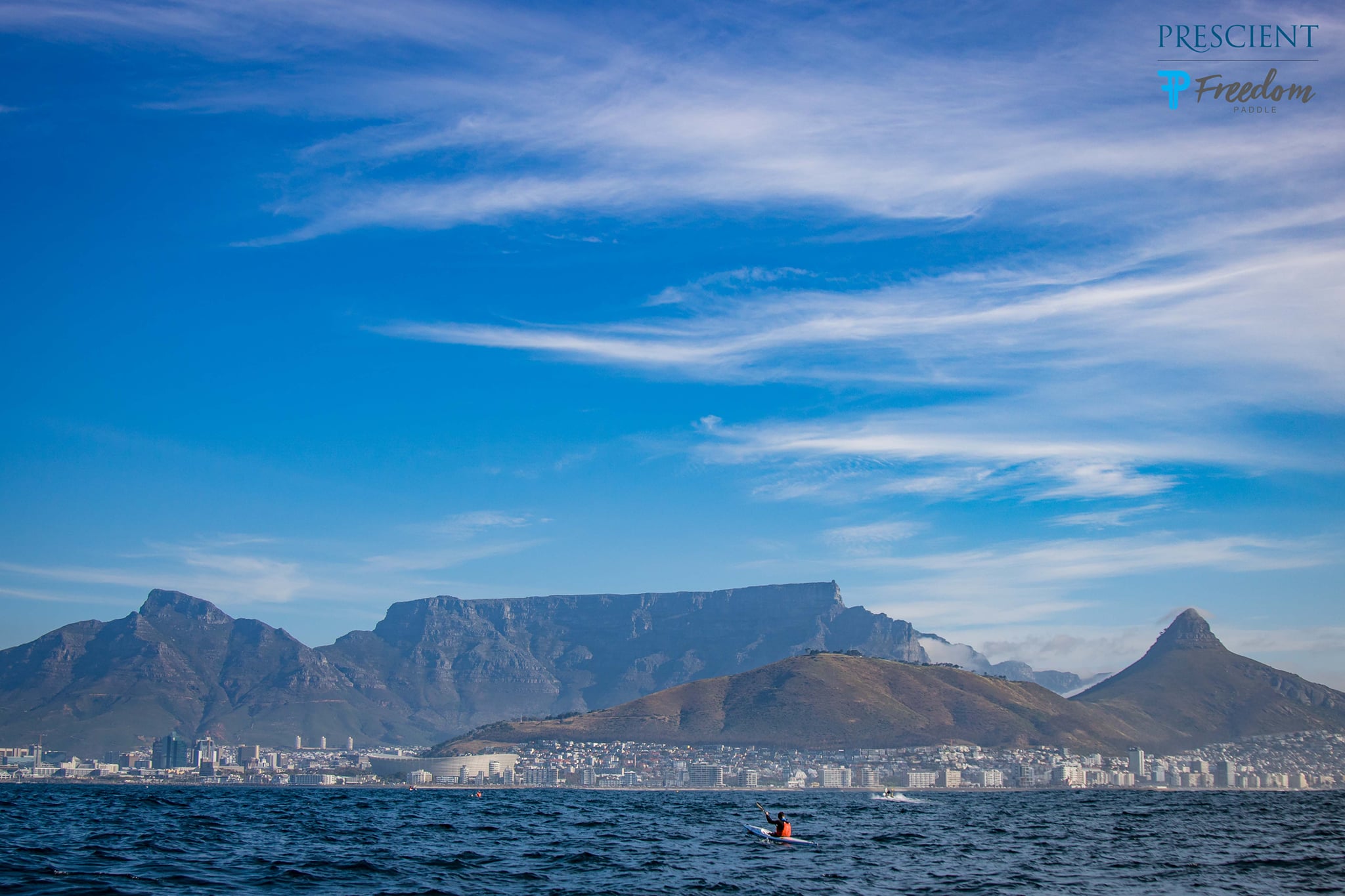 The iconic Robben Island 28 km paddle took place on 24 October 2020.  The race organisers, Robin Tindall and Richard Kohler, welcomed Prone and Stand-Up Paddle into the longest official Prone and SUP race in Africa.  Fog caused a delay to the race start but as the morning creeped by, the paddlers could set off at midday into a glassy but mildly skuffy ocean with 8 ft swells.

The approach to the island at 8 km was rewarding with a beautiful spill off of swells wrapping the paddlers all the way around the island anti-clockwise. Jonny Lucas on Prone, Tom King and Cameron Tripney on Stand-Up Paddles led the pack into 8 ft Madibas.  Ethan Buncombe, showing huge strength, followed consistently with Ernest van de Riet proving his strength in consistency. At the 17 km mark, gutsy Cameron joined the support boat due to sea sickness. Tom and Jonny took the race home with Jonny getting the upper hand on Prone in very difficult side-on conditions.  Jonny finished in 3 hours and 47 minutes and Tom finished in sub 4 hours to make him the first ever Stand-Up Paddle to complete a Prescient Freedom Paddle.  Ethan stayed strong and confident dodging ships and clocking 30 km at 4 hours and 10 minuntes. Ernest was a testament to grit and is the second Stand-Up Paddle to complete a Freedom Paddle in 5 hours.  Craig Girdelston assessed the conditions and within the first 3 km he joined his support boat.   Alongside Steve Tripney, Craig boat assistance was deeply appreciated.

We look forward to a long lasting relationship with this iconic race. The next Freedom Paddle will take place on the 27th of April 2021 and apparently some paddlers are already training. 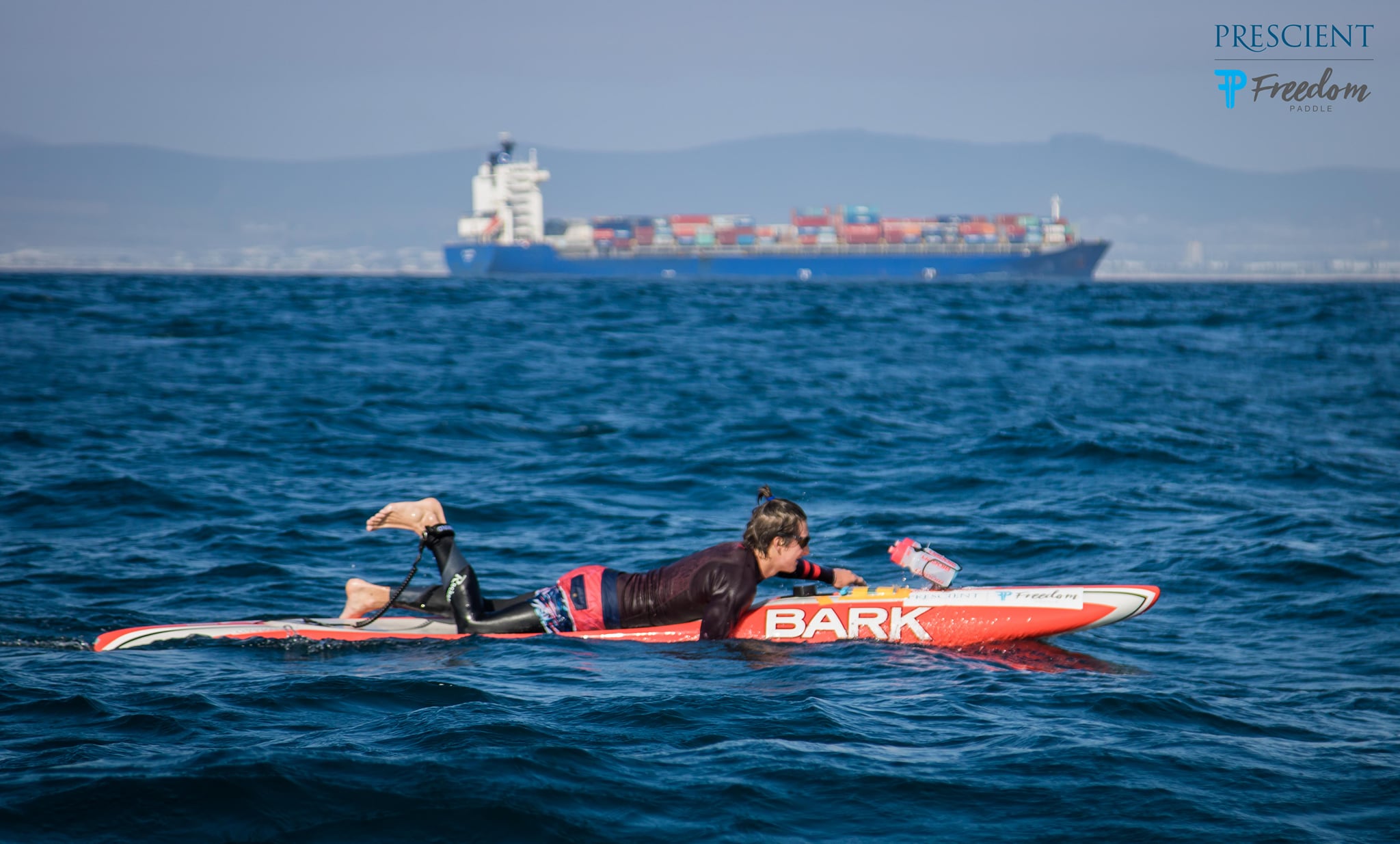 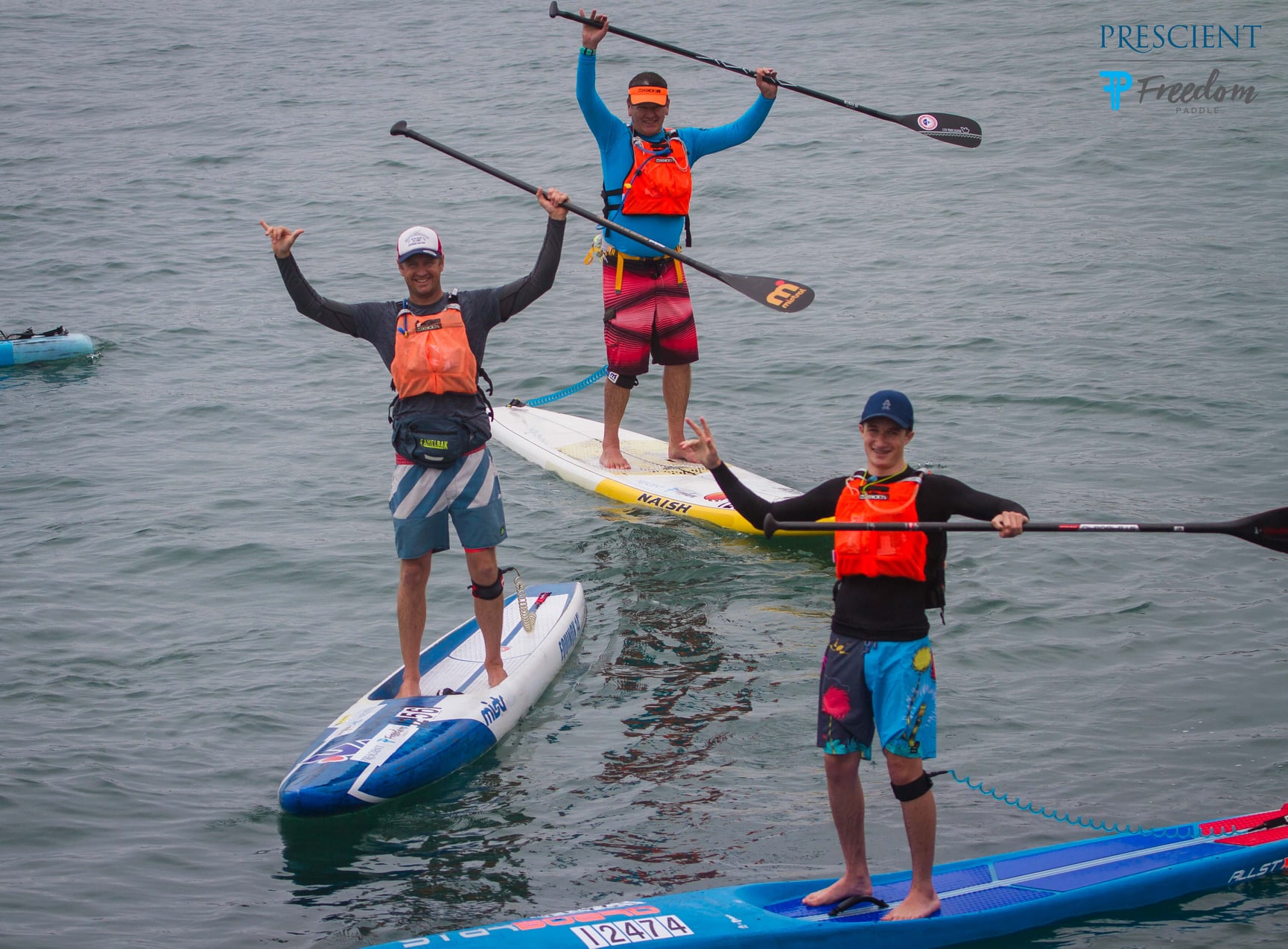 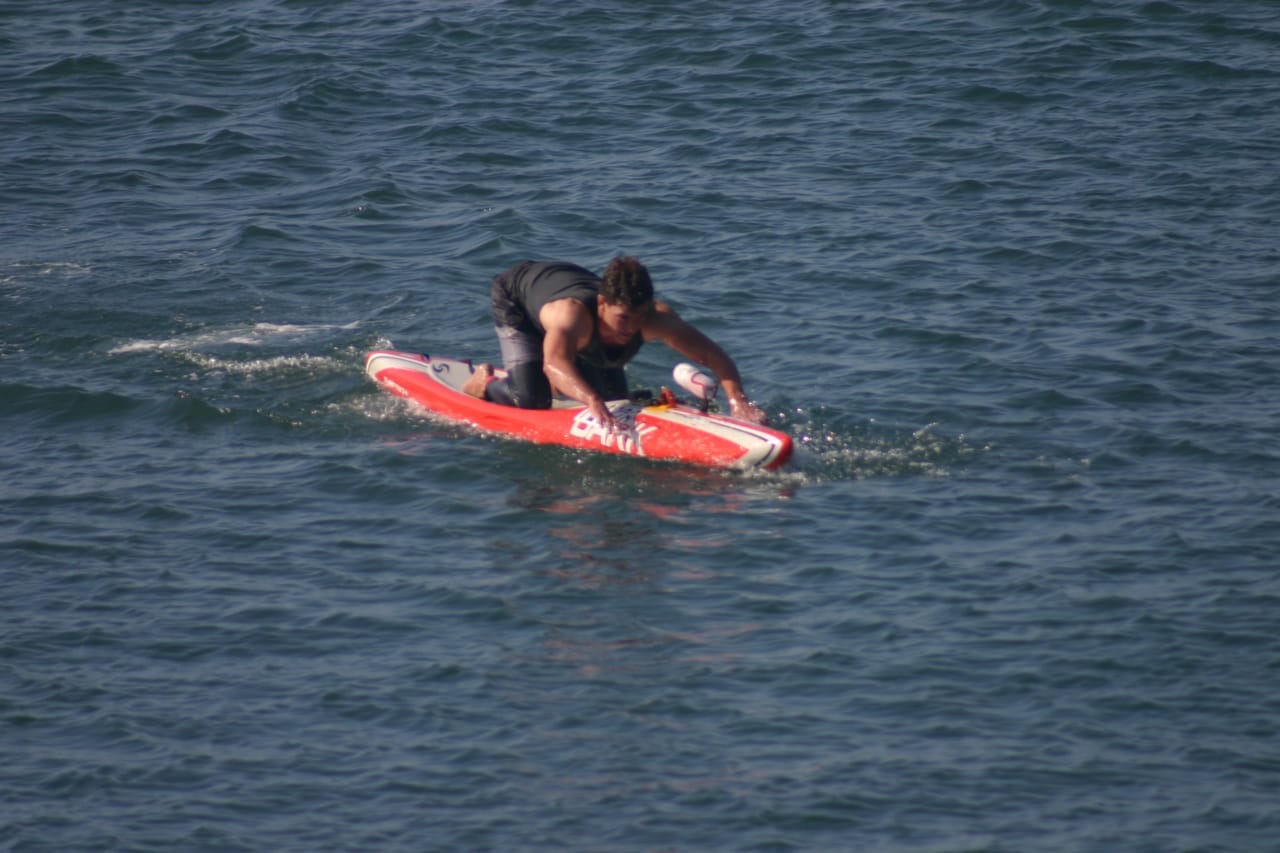 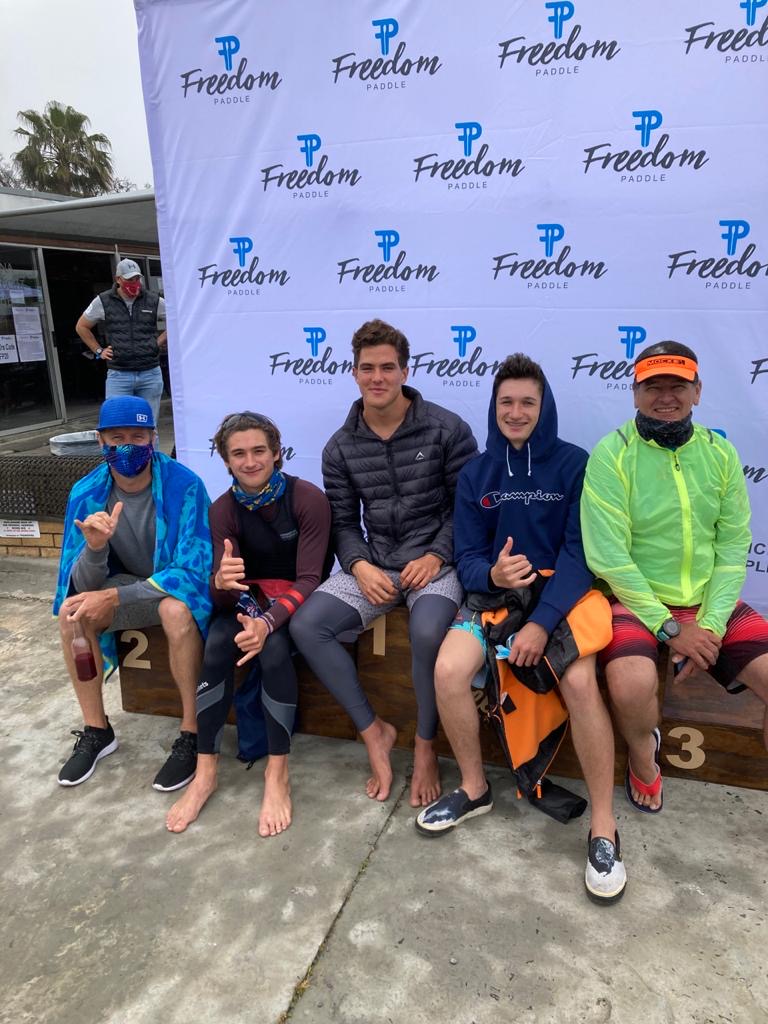 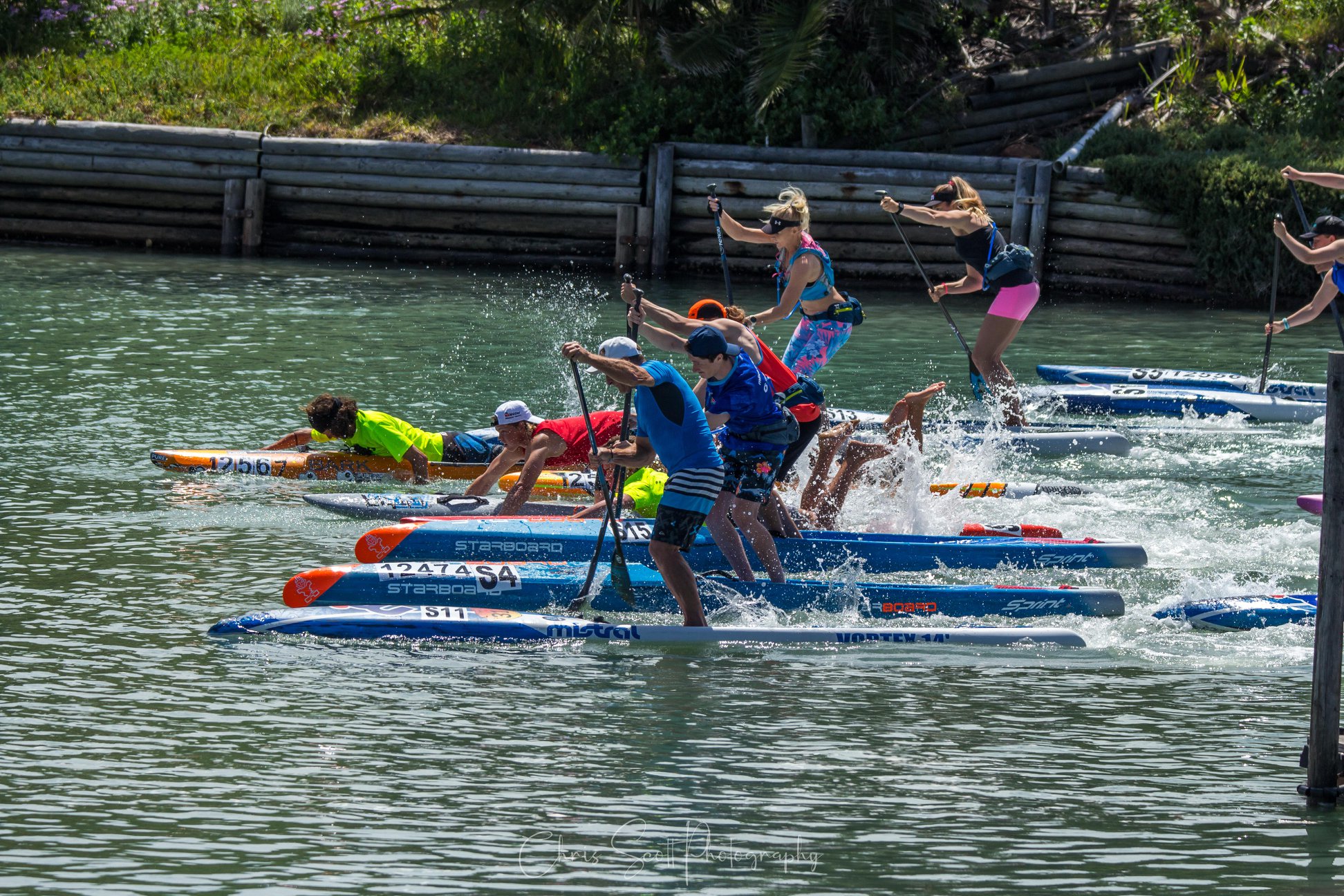 Yes you heard it! Stand Up and Paddleboards were included in this year’s SA S1 Surfski Championship and SA Canoe Marathon Championship in St Francis Bay.

The weekend started with an ocean race on the Saturday. Kit Beaton, Jadon Wessels and Paige Horn were our three proners who took on the grueling 14 km ocean race that greeted the paddlers with great southerly winds. Chiara Vorster (Junior girl) proved her incredible determination and great training as the only Stand Up Paddle that took on this ocean race. We are incredibly proud of you, Chiara. See the results, below:

Sunday brought on the Canoe Marathon/ Flatwater Race that SUPSA selected as a sanctioned event for their annual calendar. Our paddlers were getting ready to take on the last batch in the race. The team were met with blue skies, light winds and a great winding course, set to meander between the houses with plenty of technical turns, hidden poles, sand banks and currents under the narrow bridges. The race included two portages on the three lap course (Open Men and Women) and one portage for the two lap course (Junior SUPs and Proners). In both instances the portage was to be skipped on the first lap. This reasoning by the organisers became well understood in the desire to have the field more spread out to avoid congestion and this added an exciting technical aspect to the racing. Each full lap consisted of twists and turns over 4.7 kms and in both race distances there was a short extra loop of around 1 km around the top end of the canal and past the headland to the finish (or Spit as it’s known) and the moves in this part of the race, dubbed “the sausage lap” would invariably define the end results.

The Junior paddlers, Cameron, Migael and Chiara could choose between doing the SUPSA distance for the junior category, being 2 laps, or compete with the open category who did 3 laps. Cameron and Chiara opted for the 3 laps with the open men and women and Miggie did the 2 laps with the prones. CSA facilitated and assisted the paddlers with these teething problems, being the first official race with them and it’s something that will no doubt be resolved by the evergreen Anja Burger from SUPSA, whom was on top of matters the whole weekend from her phone in Johannesburg, as was our SUPSA President Mandy Scanlen from Cape Town. A big thanks to them both and in getting us there in the first place and that tons of hard work behind the scenes was brought to fruition!

The SUPs and Prones started at a frenetic pace, really setting the scene for anybody who did not know we actually race. See the results below:

We look forward to the next race!

Write up by Steve Tripney. 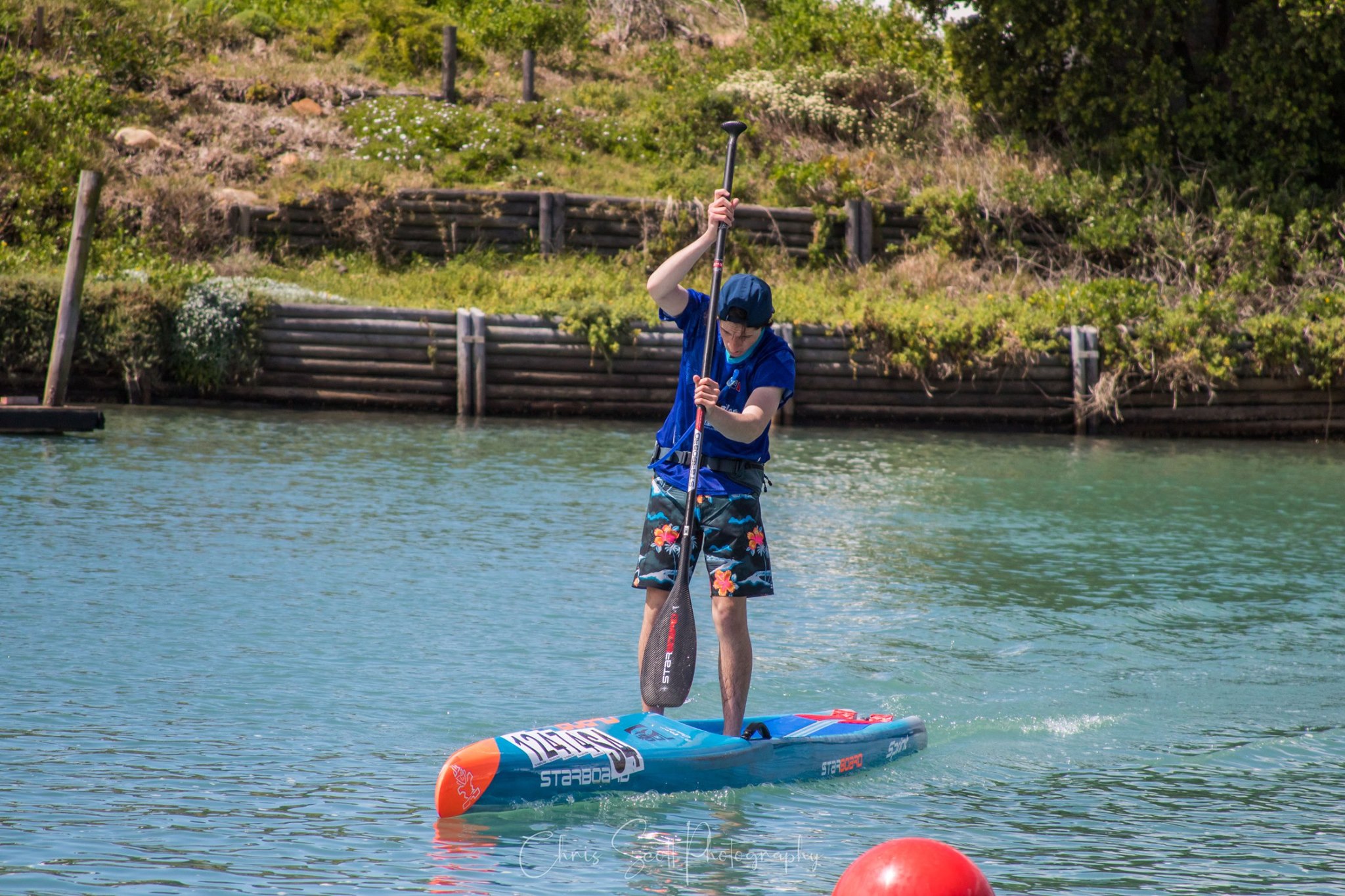 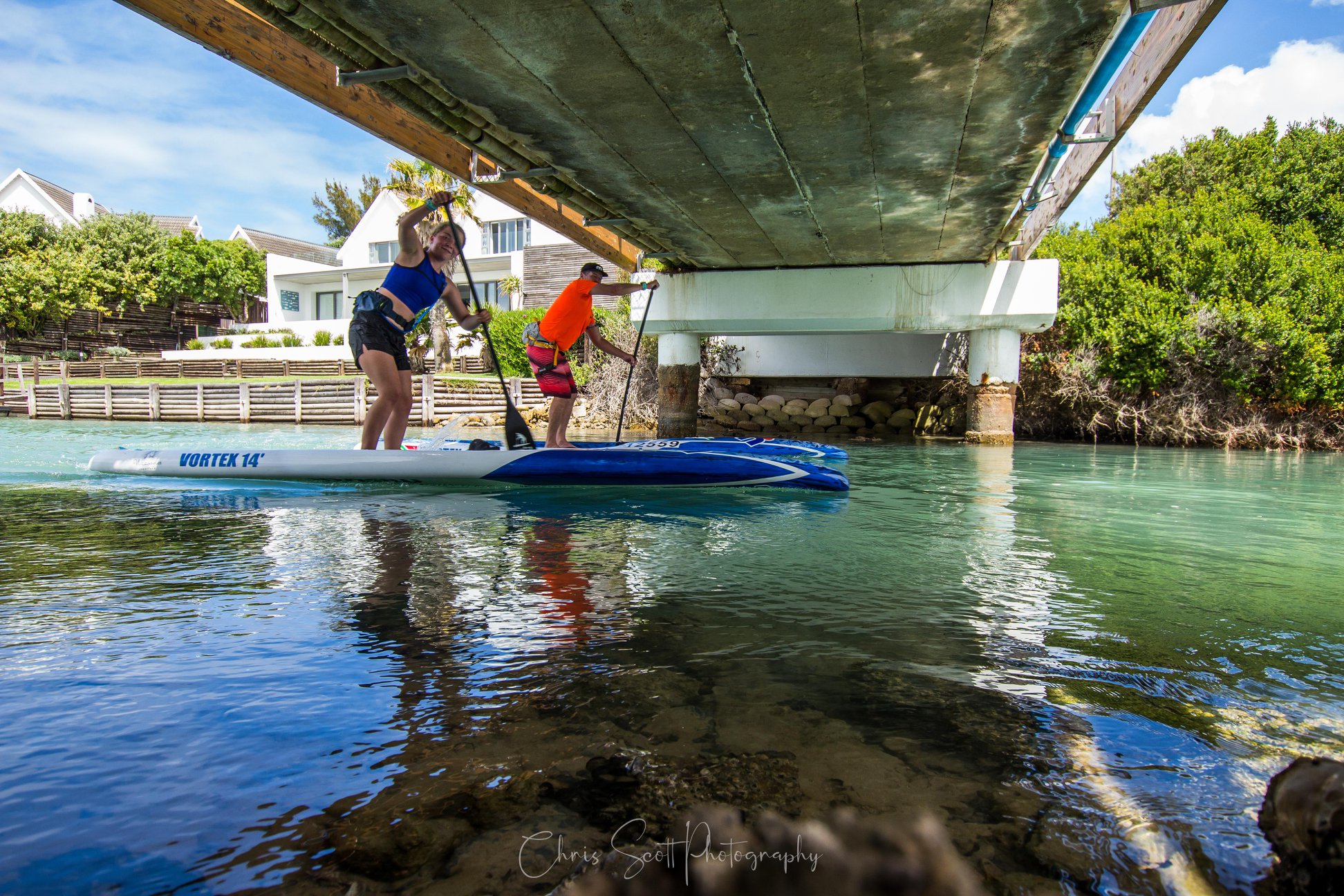 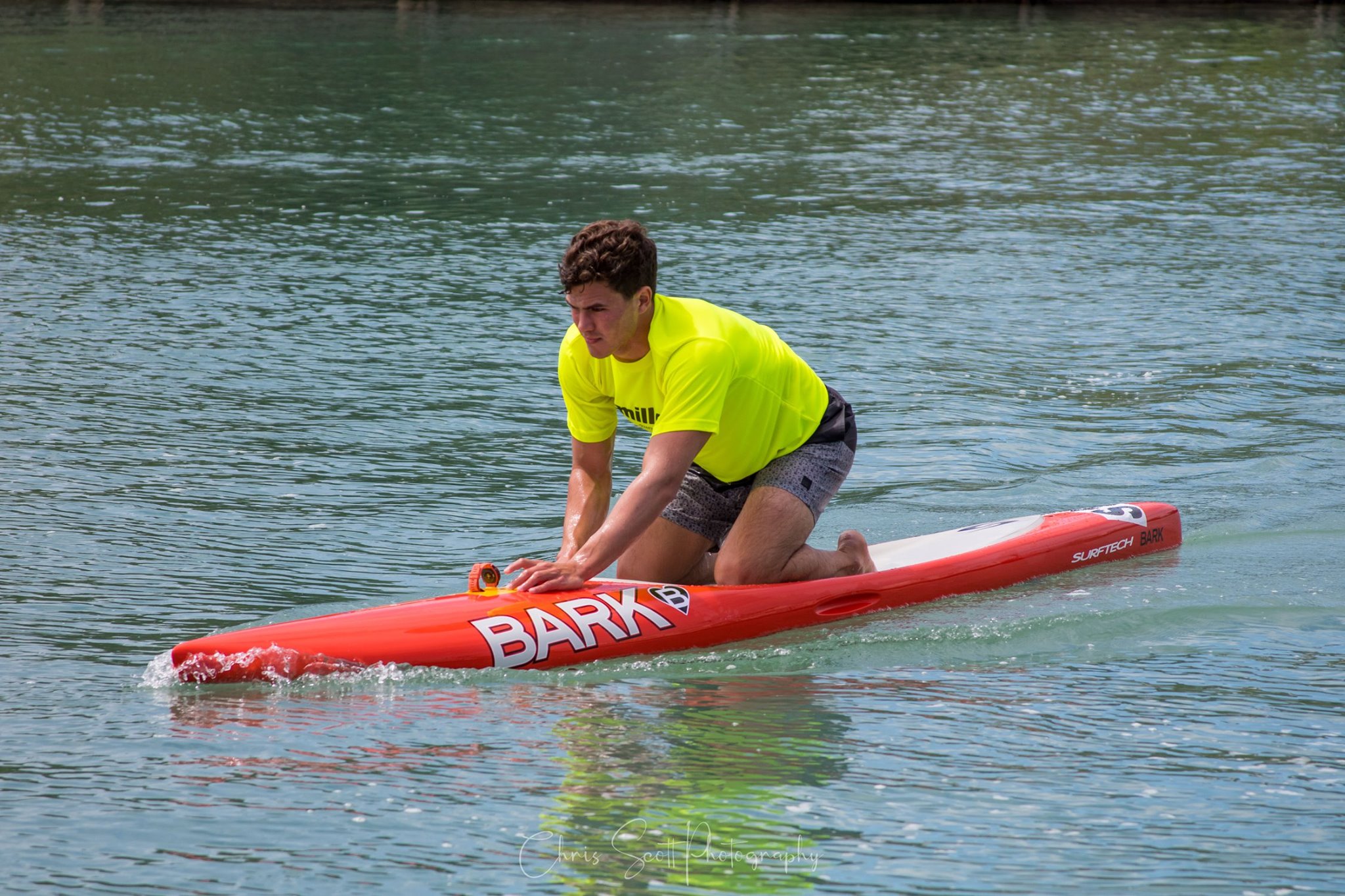 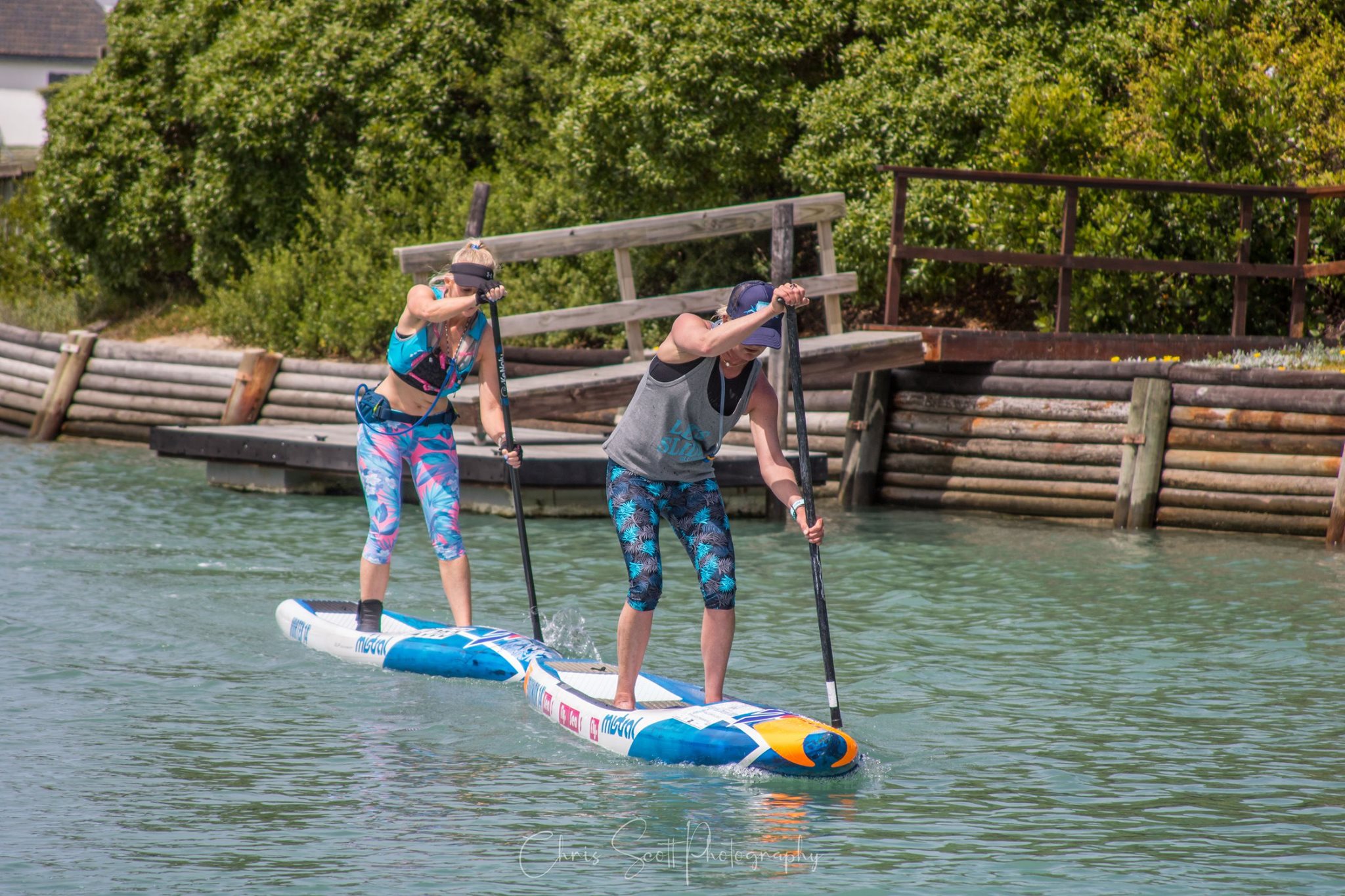 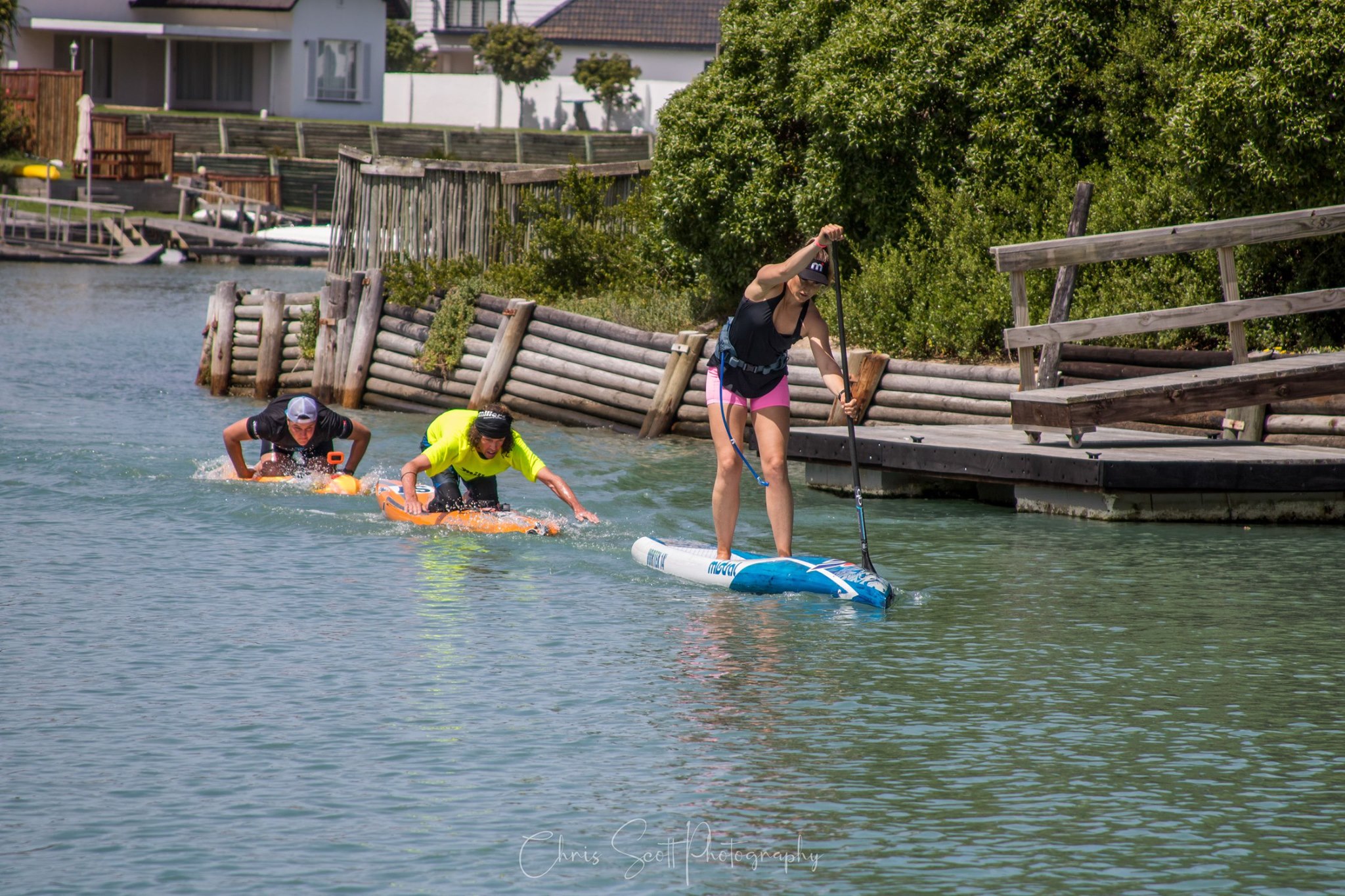 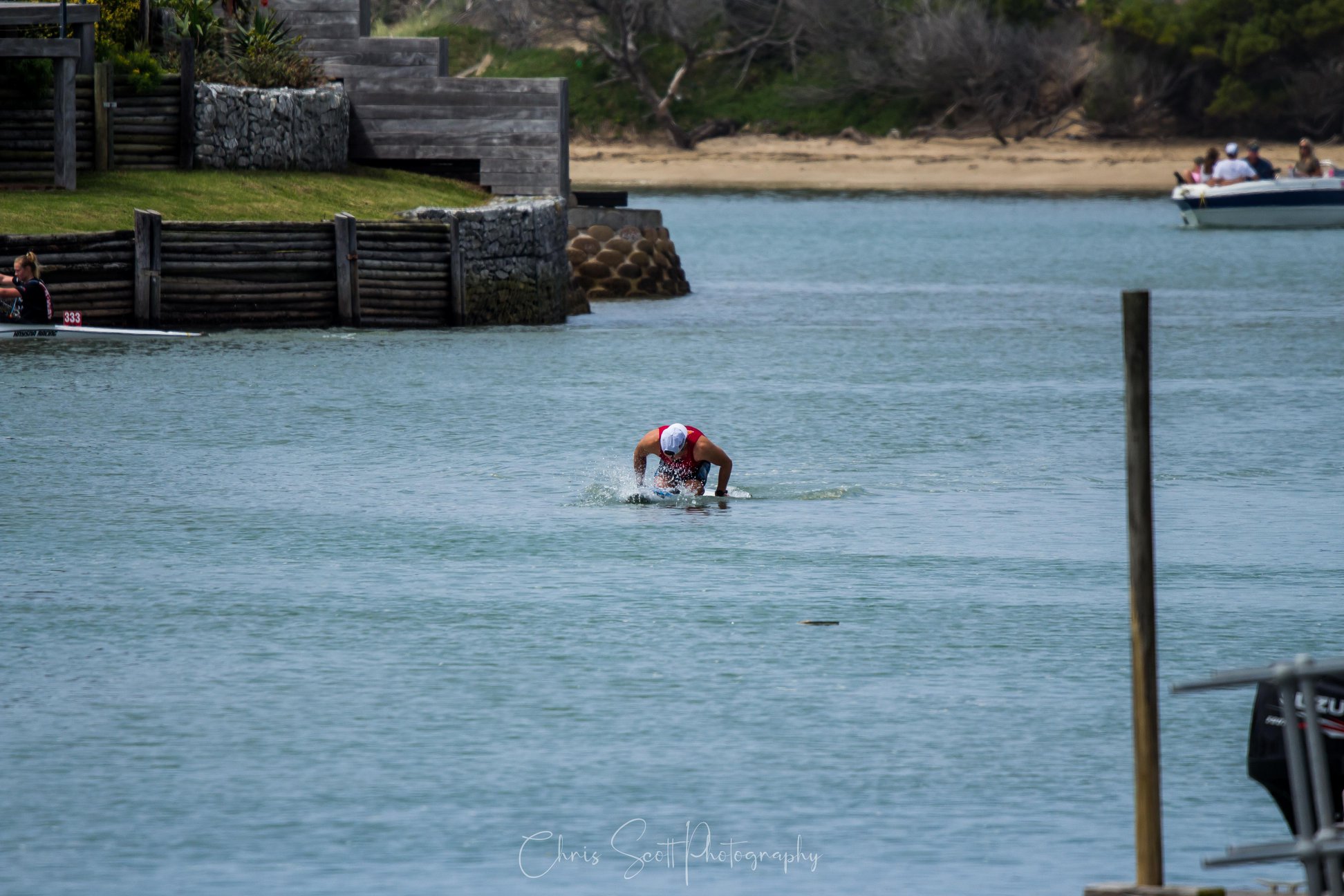 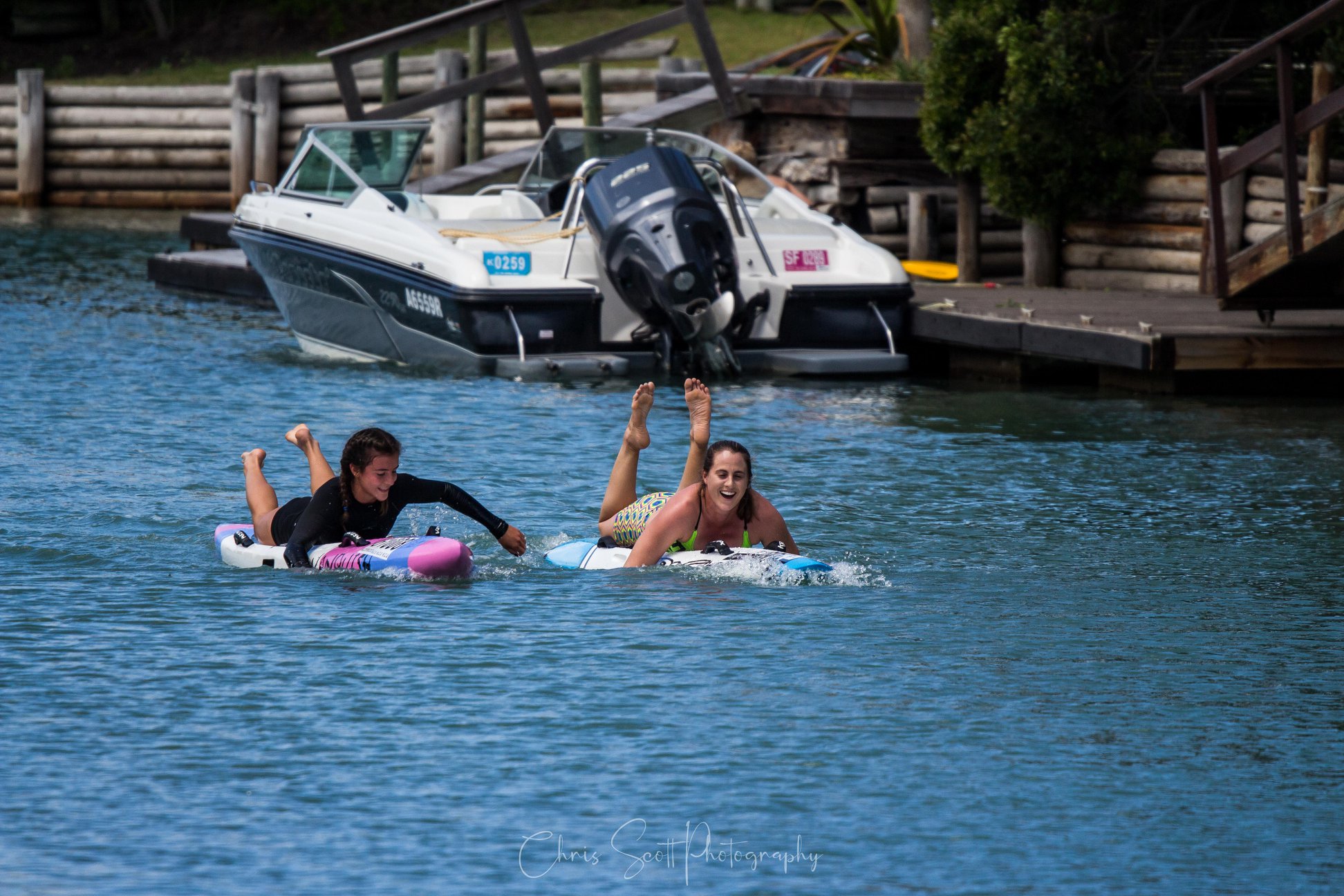 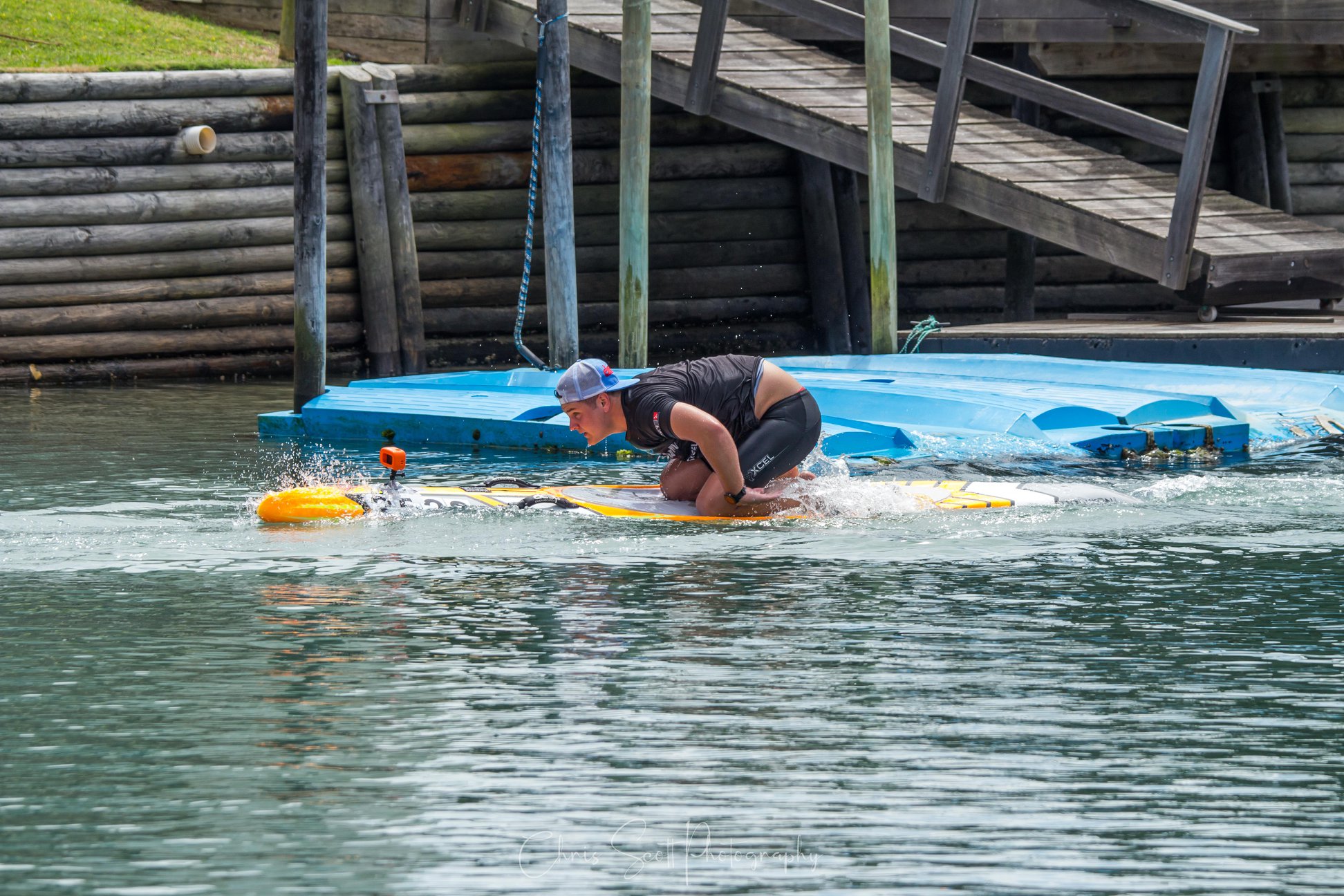 Make sure you are familiar with the ICF SUP Canoe Racing Competition Rules.

The 2021 ICF stand up paddling world championships will be held from June 18-20 at Balatonfured, Hungary, it has been announced today.

The event is once again set to be the stand-out event on the annual SUP calendar, with the 2021 world championships coinciding with the incredibly popular “Crossing Lake Balaton” festival which this year drew thousands of entries, including more than 500 SUP athletes.

It follows on from the tremendously successful ICF SUP world championships in China in 2019, which attracted more than 200 athletes from more than 40 countries. The ICF is confident the excitement generated in the SUP community during the 2019 championships will lead to an even bigger field in Hungary.

“The overwhelming feedback we received after China was a sense of appreciation for the professionalism and respect which we showed towards the athletes and officials, which they said was on a level they had not experienced before,” ICF president Jose Perurena said.

“Our focus has always been on doing what is best for the sport, and we are confident next year’s championships in Balatonfured will be just as special.

“Hungary is rightly considered one of the canoeing powerhouses of the world. The Hungarian Canoe Federation regularly host major international competitions, and it is that experience which they will bring to the 2021 SUP world championships.”

The 2021 world championships will once again utilise the latest cutting-edge technology which gave athletes, officials and viewers a level of coverage never before seen at a major SUP international.

There will once again be world championships for sprint, distance and technical classes, and junior, open and masters’ categories. There will also be a race for inflatables as a way of encouraging those with less experience to give SUP a go.

The ICF has also announced it will host an online SUP seminar for international technical officers later this year, as part of its global strategy to grow the sport around the world.

“The decision by the Court of Arbitration for Sport confirming the ICF’s right to host SUP events was warmly welcomed by stand up athletes around the world, and now they can look forward with excitement to another world championships of the highest calibre,” Mr Perurena said.

“But most importantly, the ICF will continue to focus firmly on the athletes and the continued growth of SUP. We are aware others are actively campaigning to try and diminish our role, but as always, we ask the SUP community to not only judge us on our actions, but also to cast a critical eye over those who are trying to hold the sport back.”

About the venue – Lake Balaton, Hungary

Lake Balaton is the largest lake in Central Europe, with a territory of 594 km2. Besides its wonderful weather and cozy environment, the Hungarian Sea is also popular due to its clean air. Thanks to the proximity of the Bakony and the Alps, the area around Lake Balaton is one of the cleanest areas in the country.

The capital of the Balaton is Balatonfüred. It is a small town with 13.500 inhabitants, on the north shore of Lake Balaton, surrounded by gently sloping hillocks. The location of the town captures everyone: tender mountains to the north, and the beautiful lake on the south embrace the town.

Balatonfüred is mainly known for its climate, which is very similar to the Mediterranean and its spring waters containing carbonic acid. Even the sun shines somehow more gently here. Balatonfüred and its surrounding settlements lie in the so-called “Balaton Riviera”.

The Cross-Balaton paddling competition is a fast-growing annual mass-sport event, with the participation of more than three thousand paddlers across the lake at a distance of 8 kilometres. 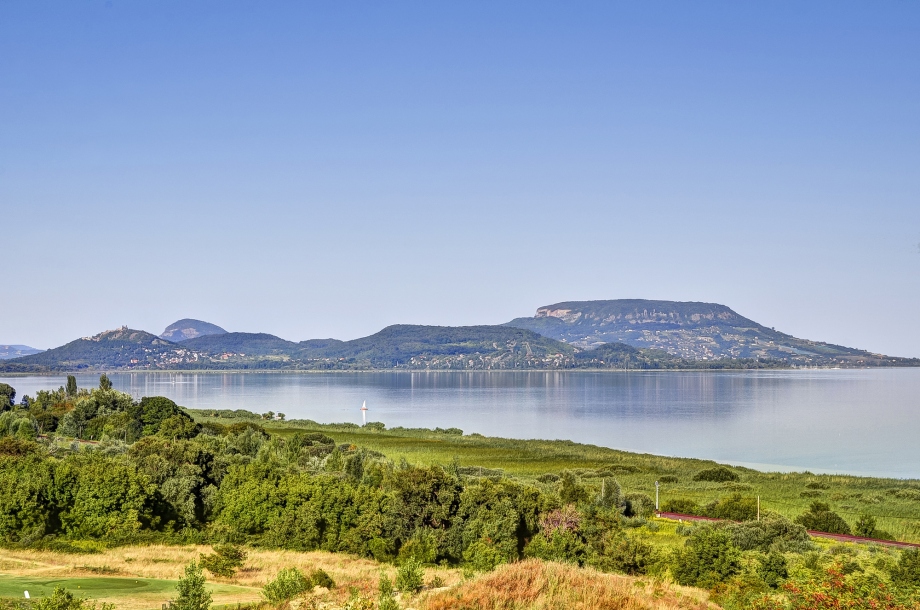