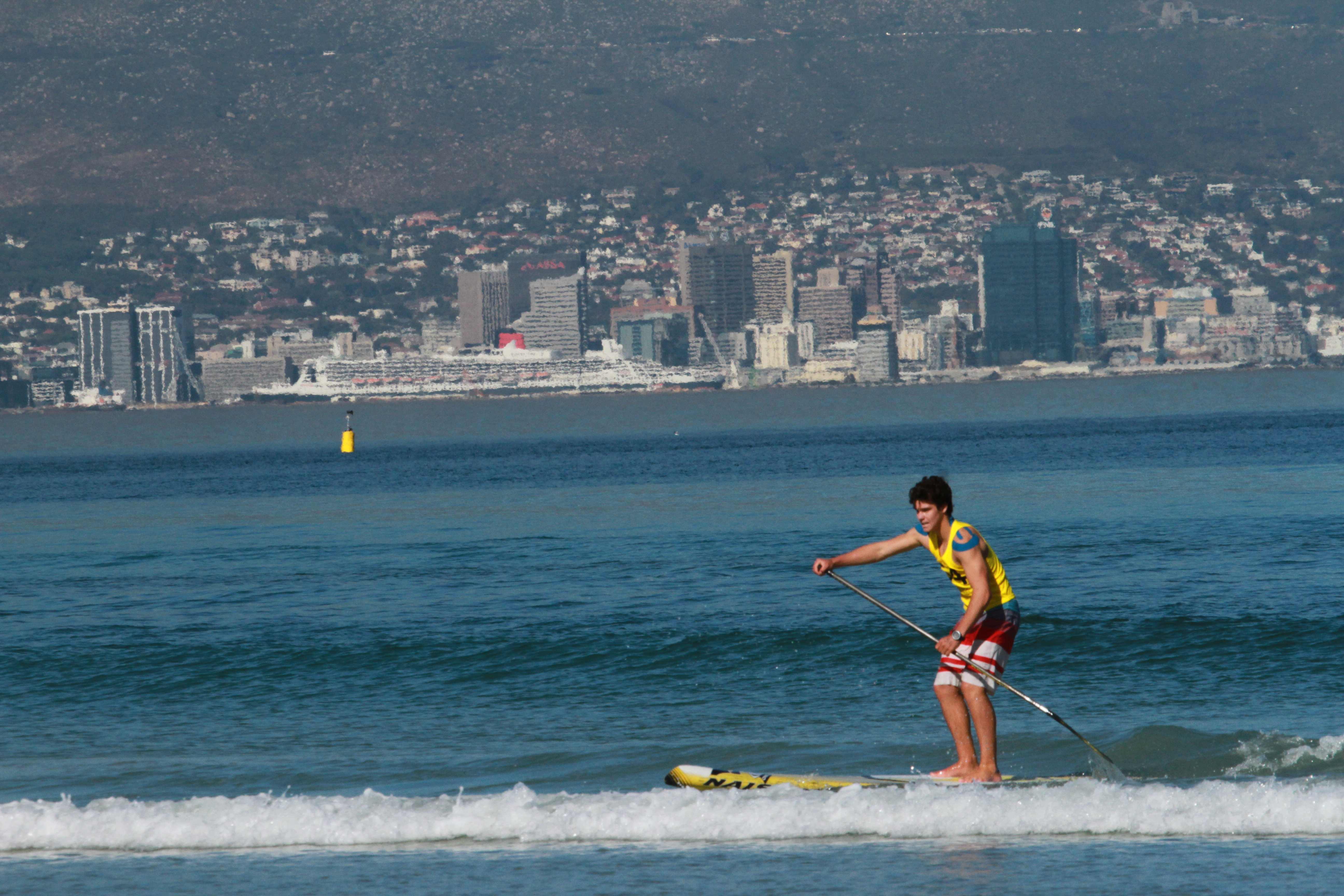 The South African Stand Up Paddling & Prone Paddleboard team departs for Sayulita, Mexico on Monday 4th of May to take on the world’s best. This will be the 4th running of the World Championships, where South Africa has previously won a bronze medal in 2012 and silver in 2013 in the overall team event. Australia, USA and France along with Mexico carry the pressure, while South Africa are also seen as contenders for a podium position once again. The late entry of the Hawaiian team will put added pressure on the SA boys and girls to perform at their best. The event encompasses two sports, namely stand up paddleboarding which comprises of three disciplines – wave riding, technical racing, in and out of the surf and an 18km long distance race. Prone paddling, which has traditionally always been a lifesaving event, takes up the other spot. 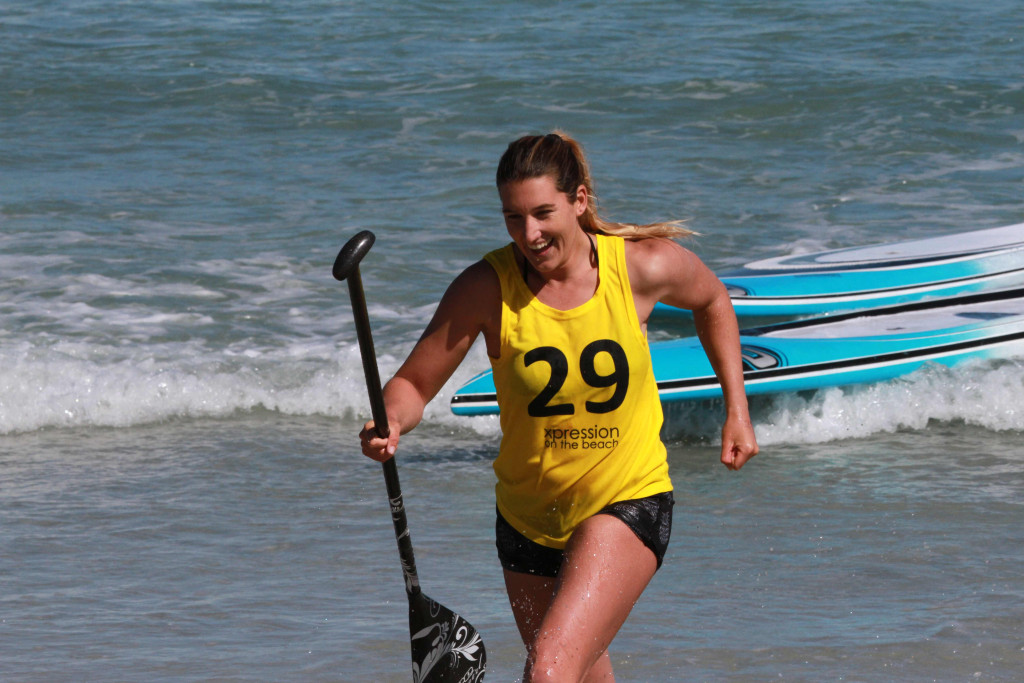 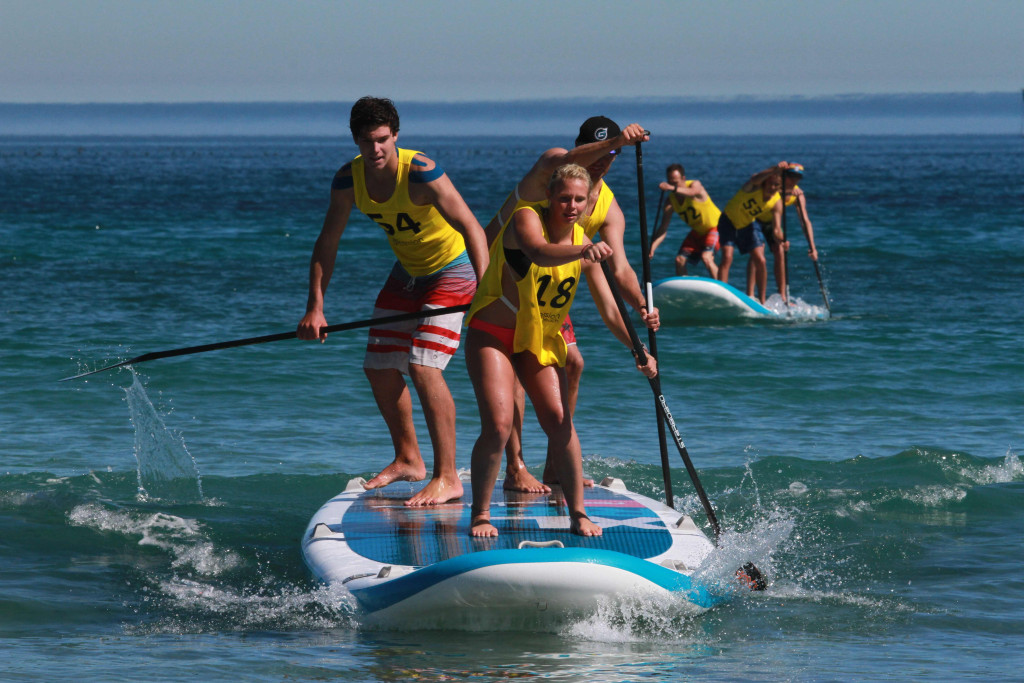 On the individual front, seasoned campaigner Justin Bing from Noordhoek (now residing in Durban) will be searching for that elusive final, after making it to the semi’s three years running. He is joined by Tom and Tarryn King who have produced outstanding results in SA as well as in California at the end of last year. World Junior SUP racing champions Dylan Frick and Ethan Koopmans have stepped up into the Open division and are ready for the big names in world SUP. Joining them in the racing are young guns Mishka Steyn, Wade Keet and Joshua Robertson. Our two prone paddlers, Jayden Alfred-Loots and Anna Notten boast multiple SA titles and the latter has on two previous occasions won silver medals at this event. Watch out for live streaming of the event from 10th-17th May. Details to appear on the team’s facebook page – SA SUP Team as well as on their website www.supsa.org.za
Photo’s – Melissa Clark

Tarryn King (Kirstenhof) sprints to the finish line ahead of the field in the recent XOTB technical in’s & out’s event held in Tableview. 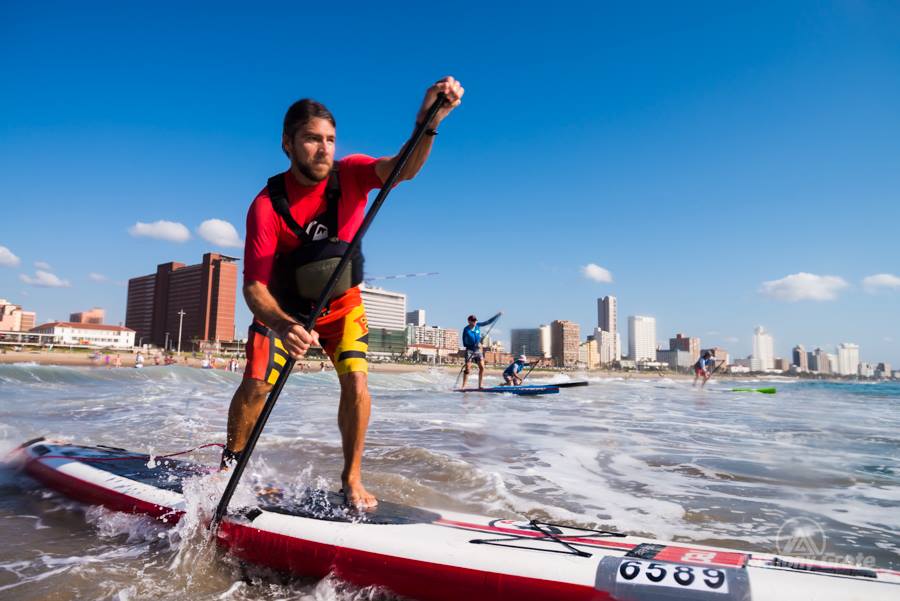 King Of The Bay SUP Fun this Week, Durban

King Of The Bay SUP Fun starts this Thursday! If you’re going to be in town this week, come visit DUC this Thursday from 4pm onwards.

The SUP Durbs! Club have moved their regular Thursday evening TT from King Fisher down to the DUC Club where they will be doing the regular surf ski dice that happens there, which starts at 5:30pm. Registration for King Of The Bay Surfski (& SUP) Race will be taking part from 4:00pm onwards.

The SUP Durbs Committee members will be available if anyone needs any assistance in getting to start lines or any other race related questions.

Don’t forget your lifejackets, these are compulsory. 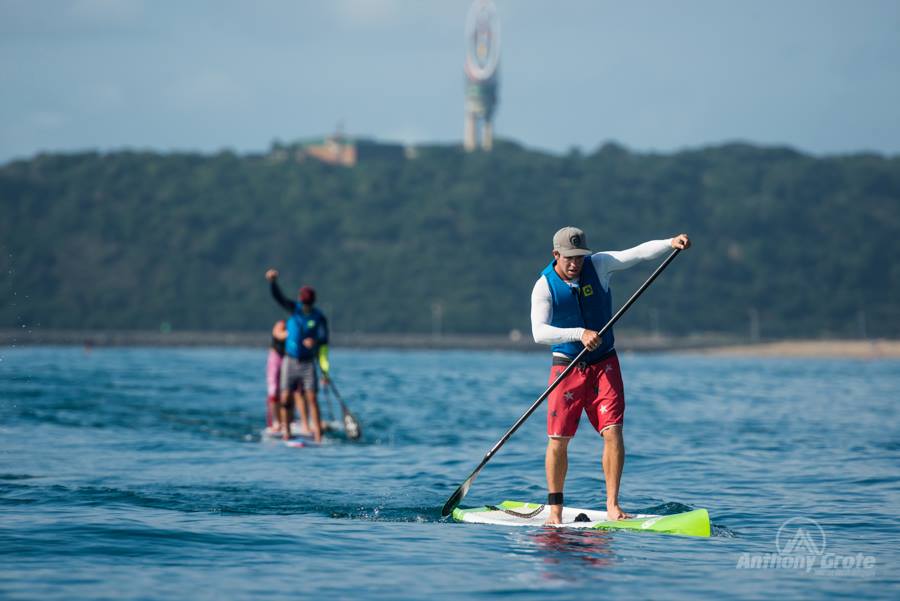 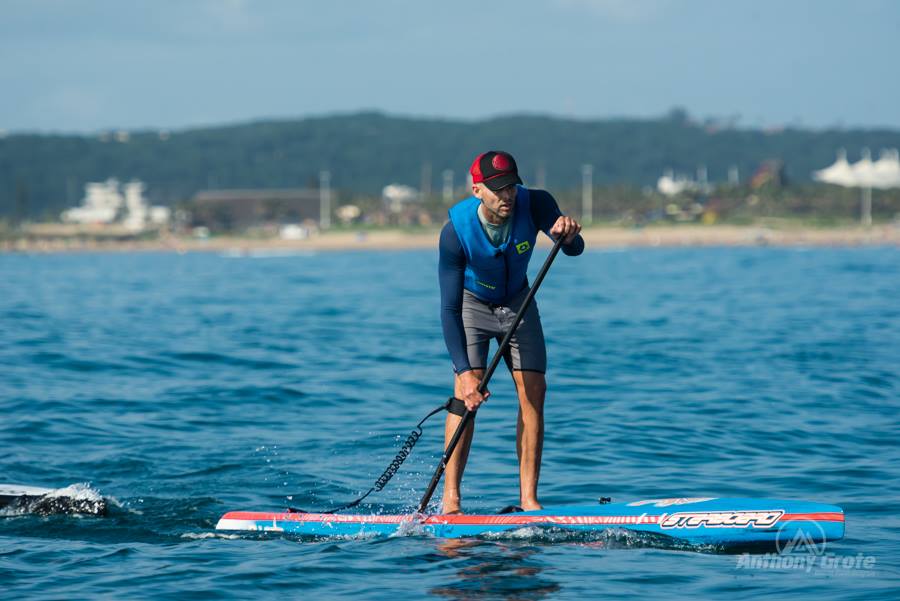 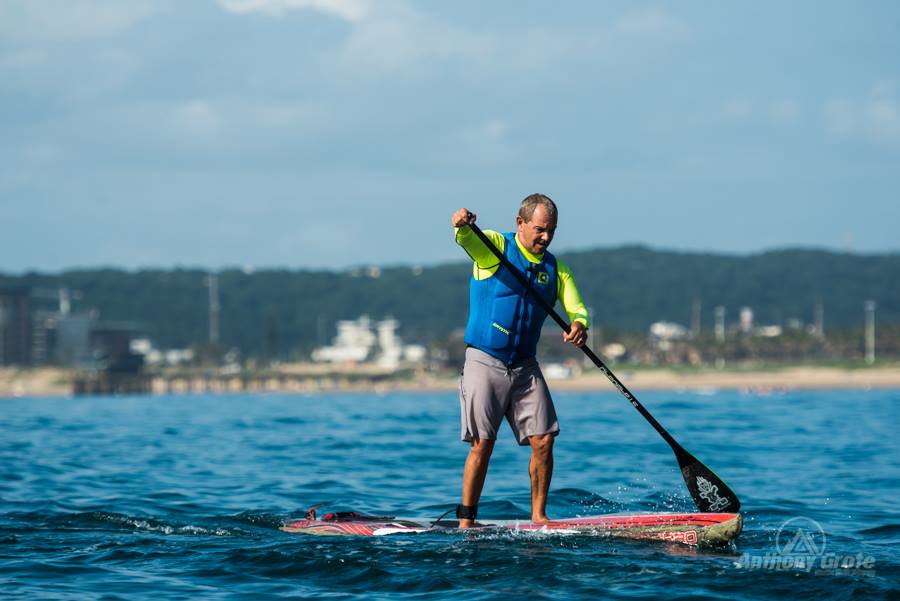 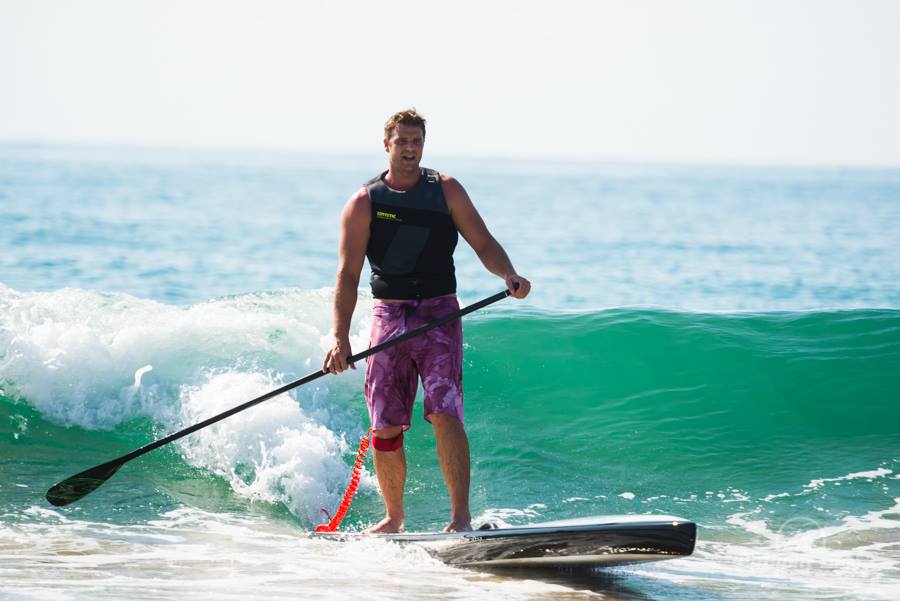 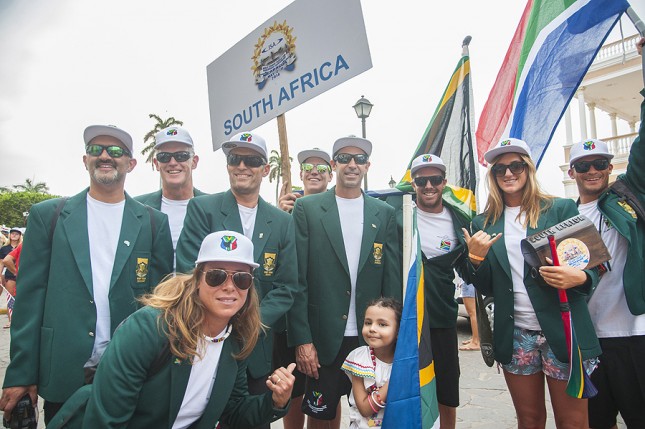 SUPRacer.com – We’ve got more ISA Worlds team news for you today, with South Africa introducing a solid all round lineup. The South Africans have been one of the star performers in past editions of the Worlds, famously finishing runner-up to Australia in 2013 to compliment their third place finish in 2012. The 2014 team wasn’t a complete squad, which saw them drop down the rankings, however this year they’ll be back with an (almost) complete lineup and in search of former glories.

Team South Africa was actually announced last month, but I missed the story at the time. And besides, now it fits in with the team-a-day news cycle that we’ve somehow gotten caught in.

South Africa is a well-known paddling/surfing mecca. If you follow our excellent South Africa correspondent, Peter Petersen, you’ll know how insanely good the downwind runs are on the Western Cape. You’ll also know that the country is home to a few world class paddlers. 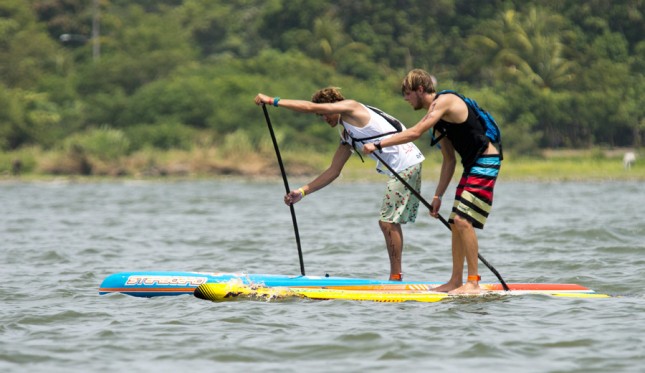 The men’s SUP racing division is a mix of youth, more youth and experience. All four of these guys are still youngsters, though Dylan Frick is already a veteran of the team while Ethan Koopmans returns for the second year in a row. Joining them are debutantes Wade Keet, a quick-sprinting young kid that’ll contest the course race with Dylan, and Joshua Robertson, a very promising downwind talent that’ll race alongside Ethan in the distance event.

It’ll be tough for these lads to snag a medal against the likes of Danny/Connor/Titou/Zane/Mo/Casper/Slater/etc in the field, however a spirited fight will see upsets of the more well-known names and could easily push them inside the Top 10 of each race. Ethan in particular will be a dark horse in the distance race if there are any bumps on offer – this guy has been unbeatable in Cape Town’s famous Downwind Dash Series in recent times.

Ethan is also famous for having started last year’s distance race standing up but finishing as a prone paddler: The youngster snapped his paddle at a critical moment, just as he and Dylan were surging back to the main pack. It was a heartbreaking way to end your race, but Ethan carried it in his stride, paddled the rest of the way home laying down and still crossed the finish line with a smile.

As a bonus, having four SUP racing guys allows each athlete to focus 100% on their one event. These guys can all push themselves to the brink without having to worry about being too exhausted for the next race. 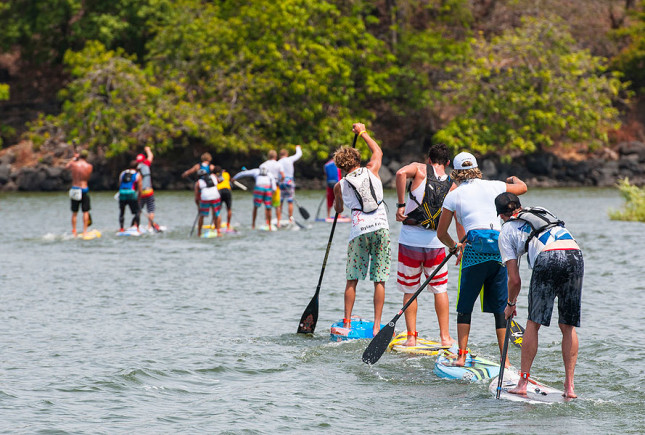 The sole women’s rep is Mishka Steyn, who just like Ethan has dominated the Cape Town series over the past year or two. We haven’t really seen Mishka on the international stage though, so the youngster, who is also overcoming a recent injury, is a bit of an unknown quantity.

Along with a few very solid SUP racers, Team South Africa has plenty of experience in the SUP surfing event. However the brightest star and best medal chance is definitely the women’s prone paddler Anna Notten.

I had a front row seat watching Anna give Australia’s unbeatable Jordie Mercer a big scare at the 2013 event. If Anna can once again feature on the prone podium twice (and I’m almost certain she will), it’ll give South Africa a massive boost on the overall teams leaderboard. It’ll also make them very competitive in the all important Team Relay, which caps off the Championship and goes a long way in determining final team placings. 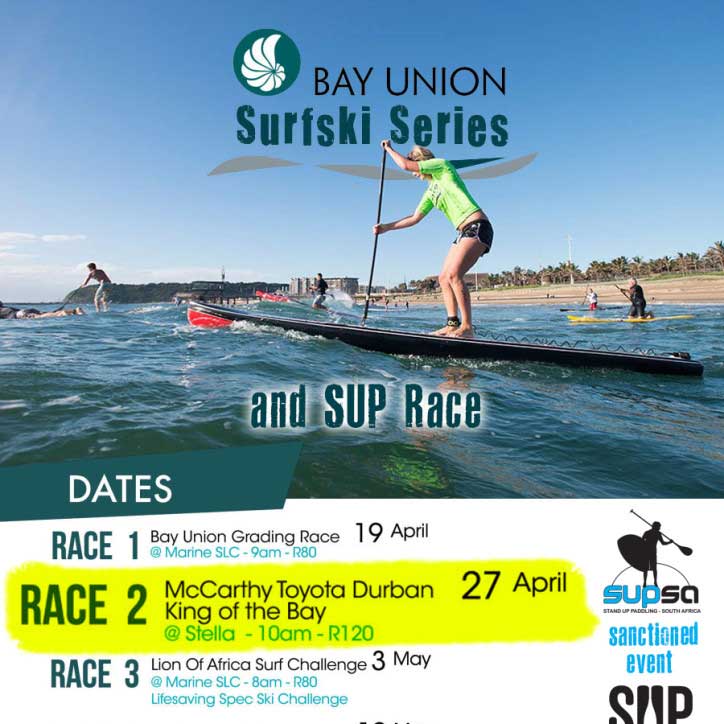 RACE 2 of 2015 SUPSA TROPHY is Happening on the 27 April in the warm waters of Durban ‘ KING OF THE BAY SUP RACE, hosted by The SUP DURBS CLUB, it will count for rankings & selections .

You can enter online through the ROAG online entries portal.

Visit the King of the Bay Facebook event page to stay up to date with the latest news and details! 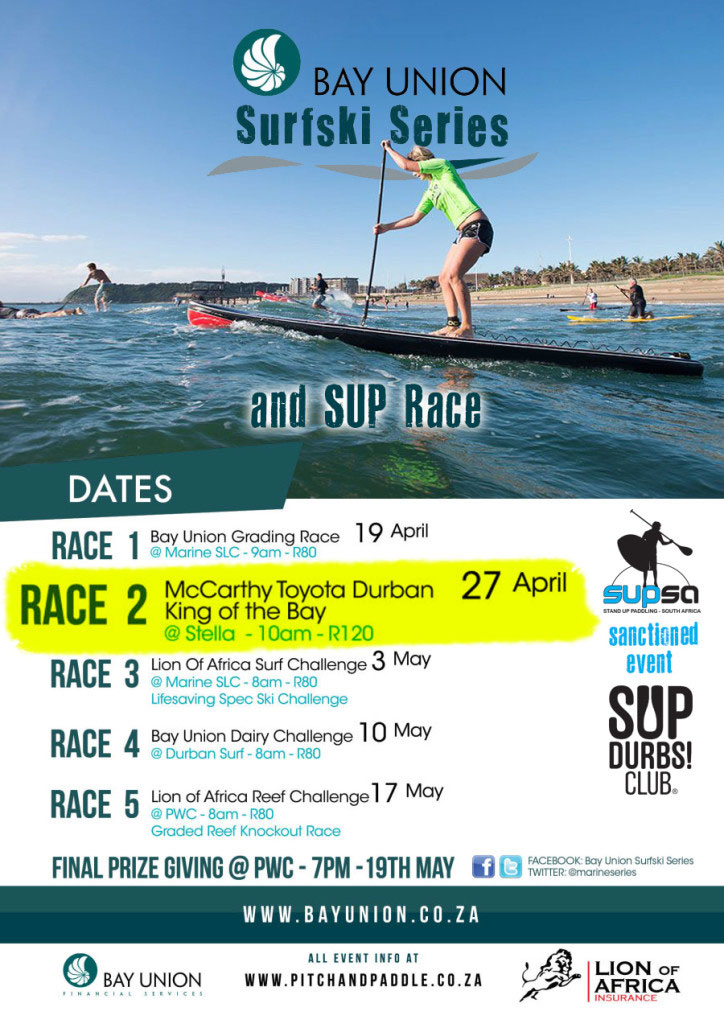 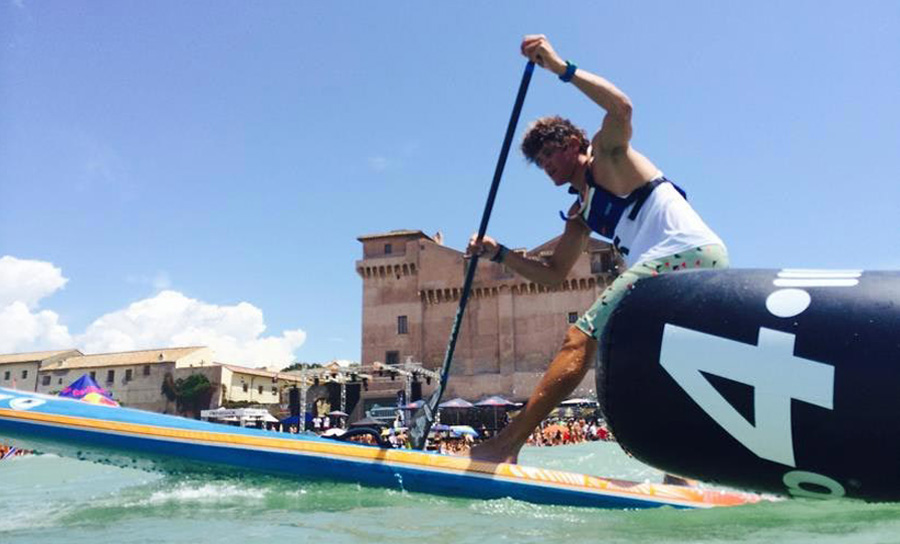 SUPSA is pleased to announce the events which will make up the 2015 SUPSA Sanctioned Calendar for Race and Wave Series. 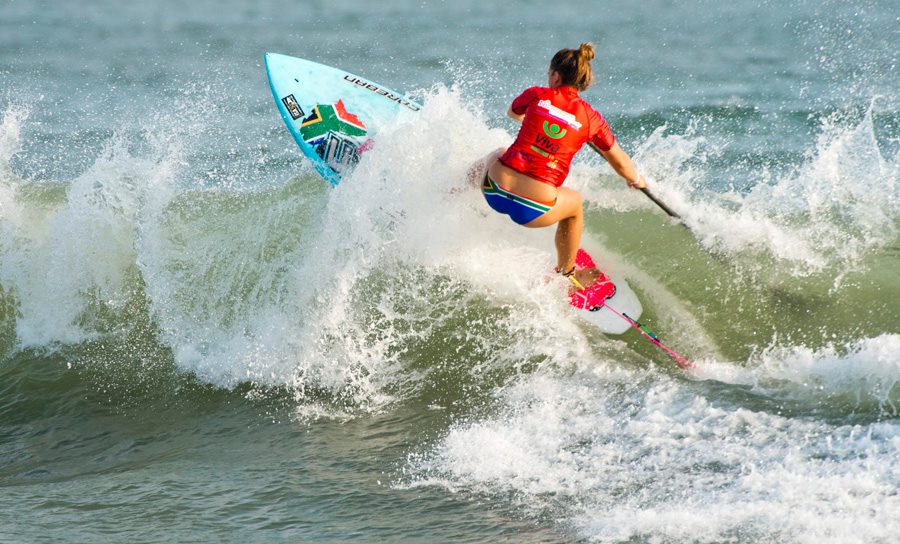 2) DURBAN Surf CARNIVAL – DURBAN -KZN 10-12 JULY 2015 ( The event organiser has not yet received confirmation of sponsorship from the City of Durban , if this is not forthcoming, SUP DURBS CLUB have undertaken to run this event on the same dates at a venue to be confirmed )

THE BEST 2 RESULTS WILL COUNT TOWARDS THE SUPSA RANKINGS

PLEASE NOTE THAT FOR SA TEAM SELECTION FOR 2016, SECTION 5.13 OF THE SUPSA RULE BOOKS WILL APPLY, (WHICH CAN BE DOWNLOADED FROM https://supsa.org.za/supsa-rule-books.html)

5.13 SOUTH AFRICAN TEAM QUALIFYING CRITERIA
5.13.1 Competitors in the Open Men’s and Open Women’s division will be eligible to qualify for selection for the national team to compete in the annual ISA World SUP and Paddleboard Championships.

5.13.2 Eligibility Criteria for qualification for selection for the national team :
a) Holder of a valid South African Passport;
b) Availability at the time of ISA World SUP and Paddleboard Championships;
c) Ability to fund participation in the ISA World SUP and Paddleboard Championships;
d) Written Permission of the parent or guardian to be considered for selection If an eligible competitor is under the age of 18.

5.13.3 Position on the final SUPSA Open Division Title points rankings for a particular year shall determine the order in which team members are considered for selection for the National Team for the following year. SUPSA shall also take into account other relevant criteria when selecting the national team, such as international results, and each athletes attitude and potential as well as taking transformation objectives into account.