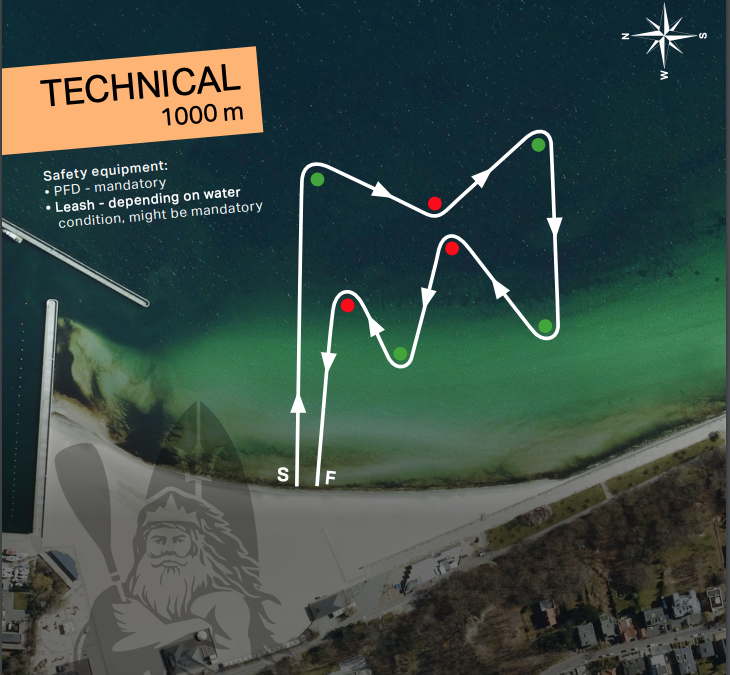 The lingering cold weather on day three did nothing to stop the pressure and pace set by the technical race heats!

The cold weather had abated, but only to a small degree. The sea was calmer than the day before, but not perfect. Grey sky was still the keeper of the day, and the paddlers on the beach were working tirelessly at keeping their muscles warm. Another day, another lesson in the sporting life – working with the pressure of prevailing conditions.

From the start there was a fast and furious pace in and between the heats, with one race going off while another was still finishing. Supporters really had to keep their wits about them to remember which athlete went out in which race number. 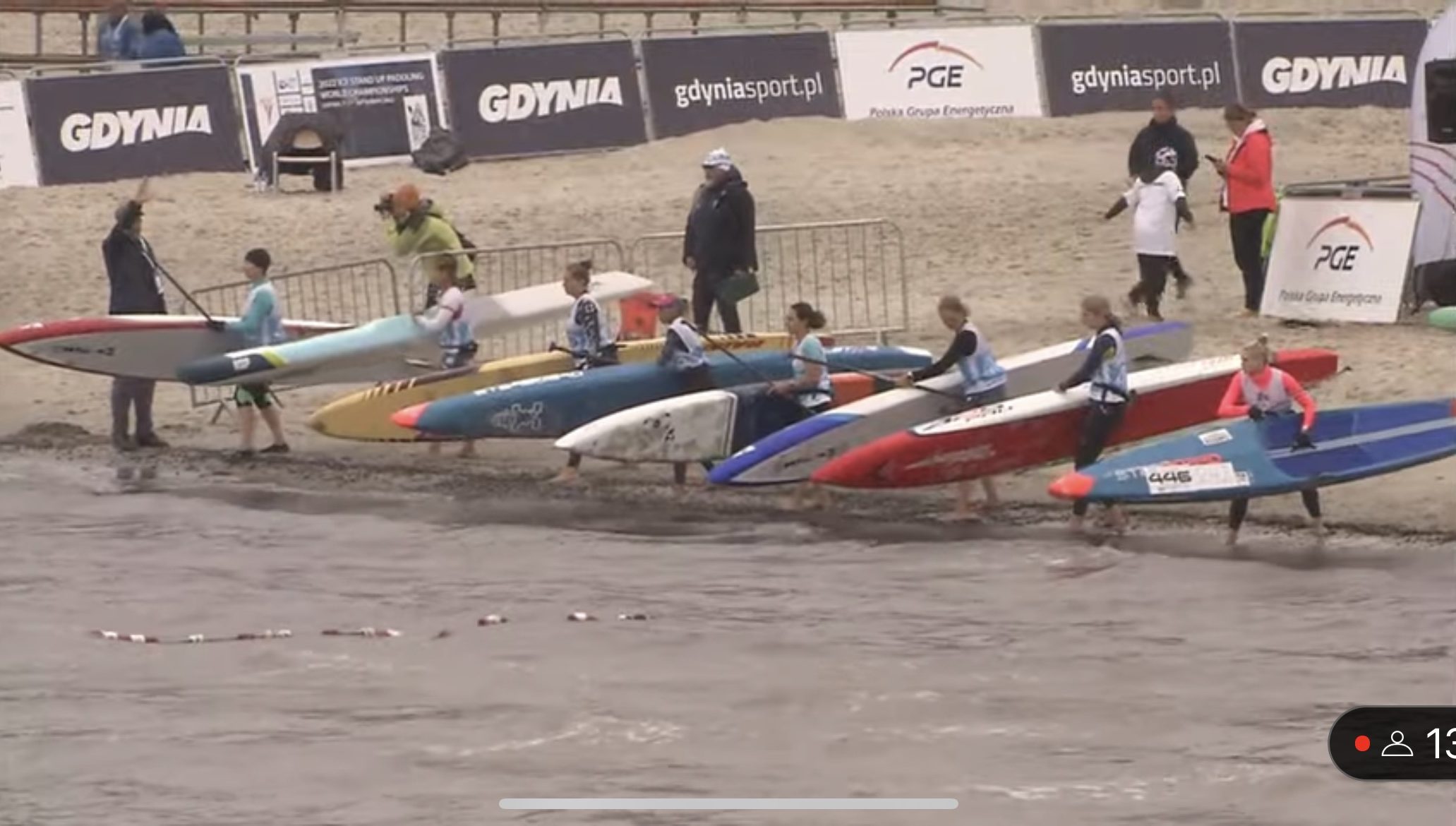 The technical race tests a paddler’s speed and skills in a short space and time.

First up was Murray James in the Men’s 40+ age group. It was hard to see how he did as the cameramen focused on the top 3 for most of the race, and before it was even over the next heat was ready to go. He ended up in 5th place, in at time of 7:52:12 for the 1000m course. As only the first 4 were pushed through, he did not make the semi-finals.

In the 50+ Women’s technical race, Elmari Renecle got off to a good start, but due to a few falls, landed in 4th place which she held comfortably until the end, “strolling” up onto the beach to take her place in the semis. Elmari finished in a time of 7:46:59 (39:85 off of the winning time).

As the Juniors got under way, the next up in the first heat was Cameron Tripney. He launched out and took a great lead, but at a point almost midway, the second position paddler tried to make a run for first spot, but it did not last long. Cam took his own back on the home stretch, coming in strong in a time of 5:27:97, ahead of the competition by 10:52.

In heat nine, Migael Terblanche took off for his technical race. The pressure was on from the start, and he held a good position in the front pack until a fall reduced him to the back. Another fall later on sadly reduced his energies and headway, but he finished in a strong 5th place. His time was 6:23:47 – a mere 57:95 off the winner’s efforts of 5:25:51.

Evette’s technical race was also a loaded field. She held her own very well, to finish at 5th position in a time of 7:04:28 against the winner’s time of 5:30:64 and sadly did not make it through to the semi-finals.

Slowing down the Semis to focus on the racers

The pace between the races abated a little in the Semi-finals, allowing us to focus on one race and one paddler that we were supporting at that time.

Elmari again got off to a fantastic start, but sadly the three falls she had over the duration of the course set her back into 4th place. Her finishing time was 7:33:40, just 1:03:46 off the winner’s time of 6:29:94. This was sadly just not enough to proceed to the finals, but what a good performance she delivered nonetheless.

Cameron’s semi-final third place was achieved in a time of 5:05:04, just 2:92 off the winning time of 5:02:12. The Junior boys are truly a strong bunch, but Cameron held out well. A buoy turn taken a bit wide gave his opponent the inside lane and he took off. We could see Cameron was tired towards the end of this race, but he still managed to push with all he had, right up to the beach sprint. He kept the supporters screaming and just missed the 2nd place by a very short distance. We will see him in the final B race tomorrow.

Well done to all of our athletes. The courses have taken their toll and you have withstood the pressure. You have been fantastic ambassadors for our sport and for our country. 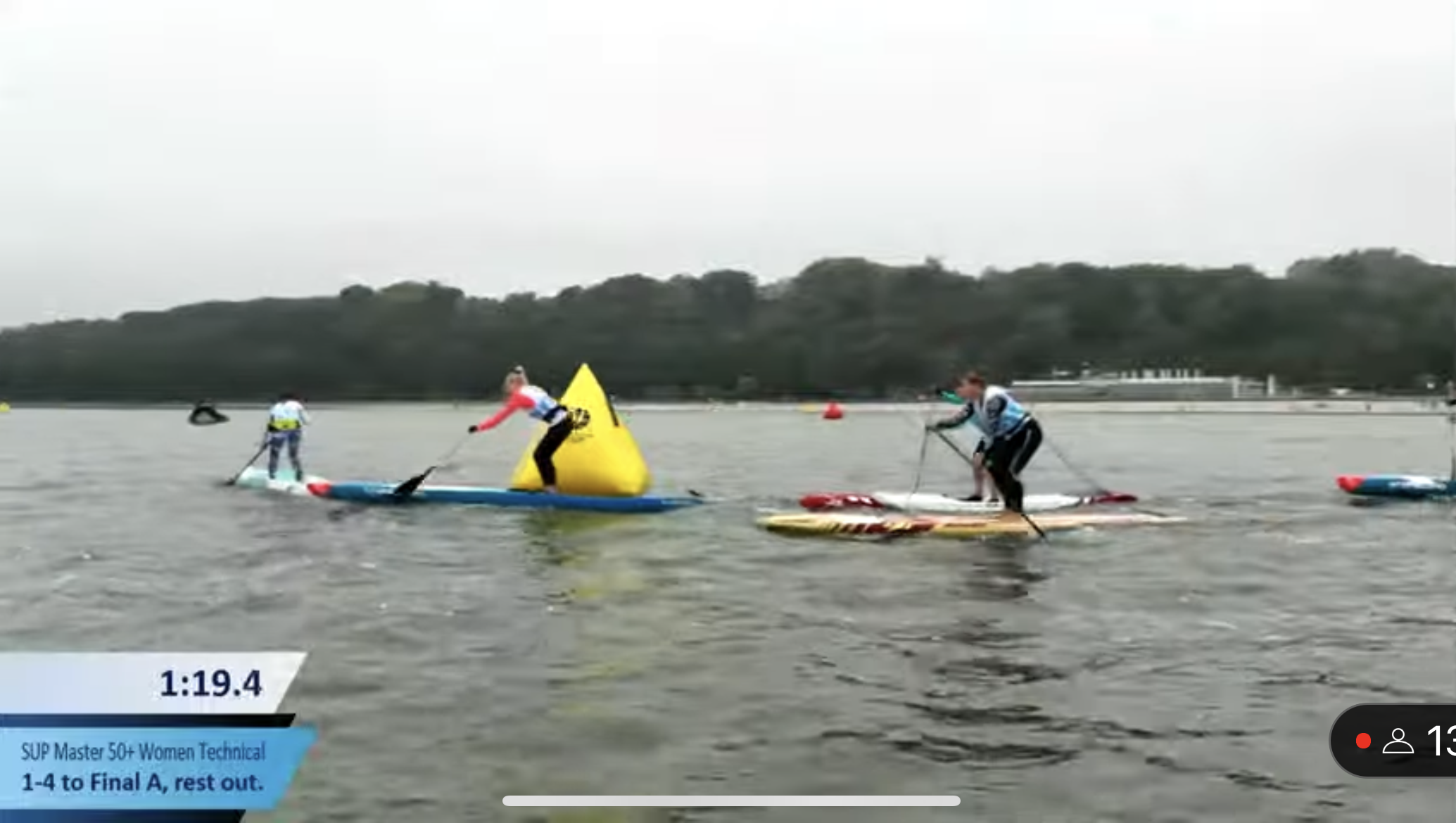 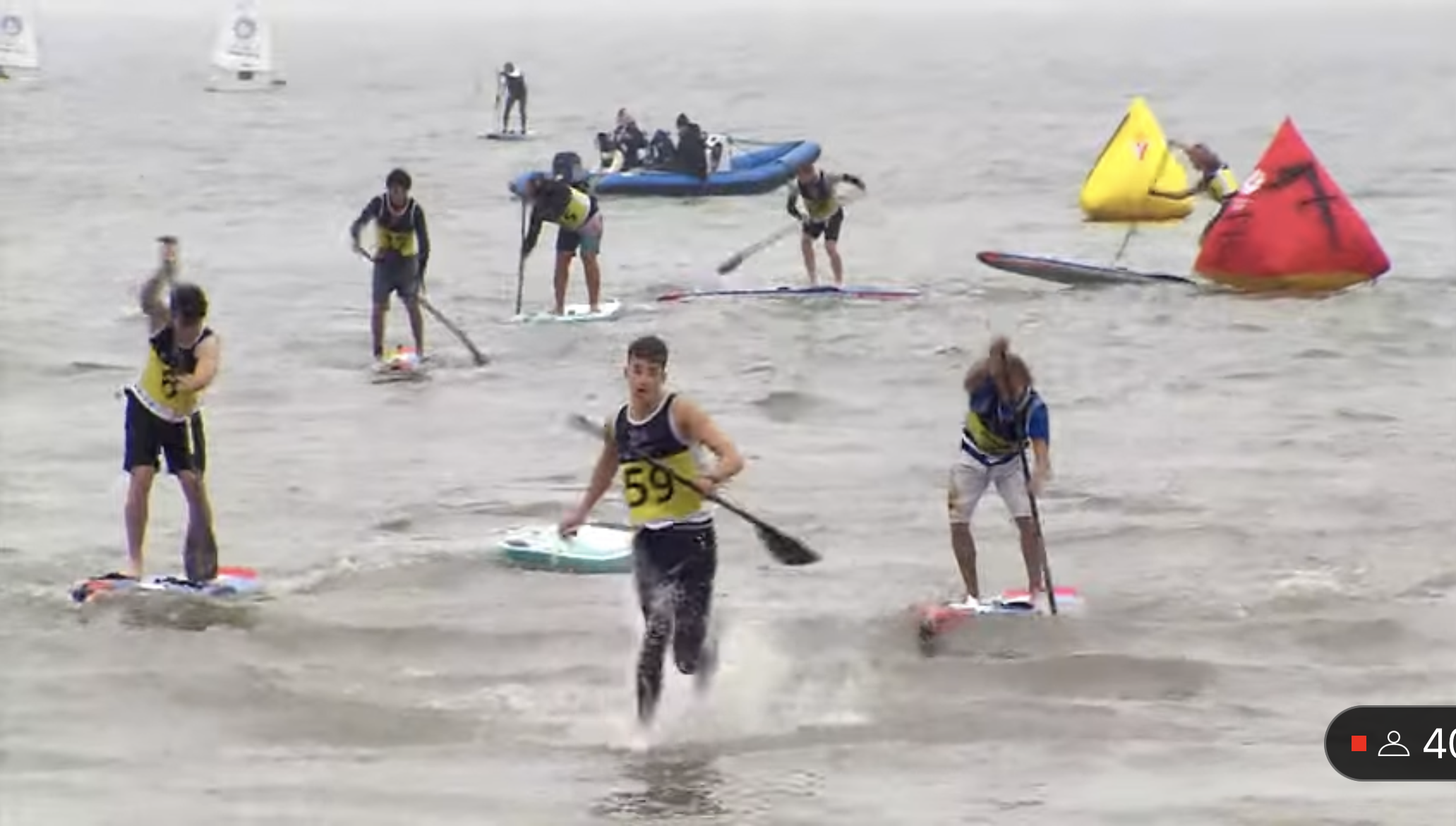