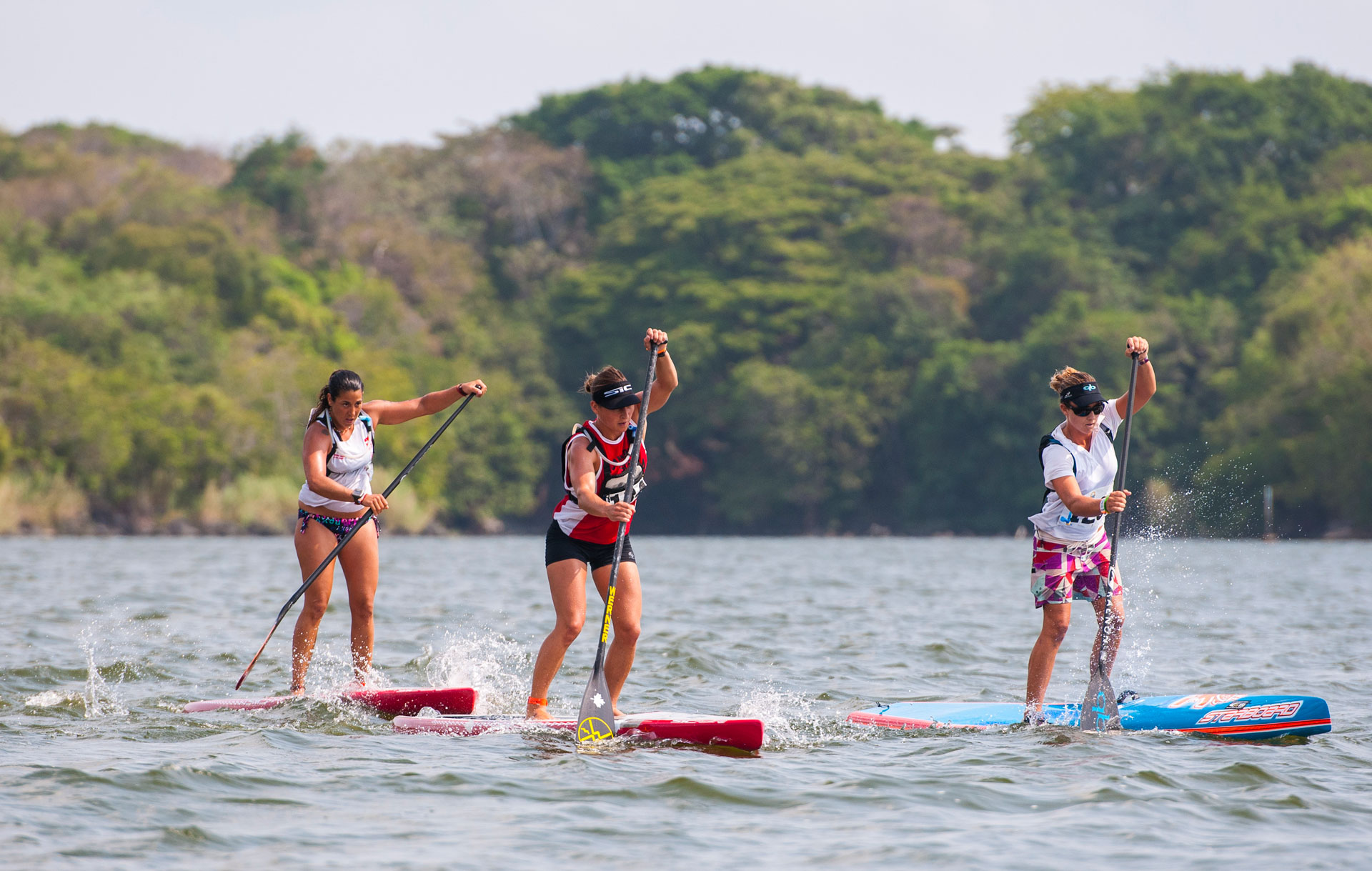 As the long-standing and sole governing body for SUP, the ISA continues the positive growth and development of the sport worldwide

The International Surfing Association (ISA) has today announced that men and women will participate in equal numbers for the first time at the 2017 ISA World StandUp Paddle (SUP) and Paddleboard Championship, held in Denmark from 1-10 September. Under the guidance of the ISA since the sport was created, the International Federation is continuing its drive to promote gender equality in SUP – reflecting the excellent growth and development of the sport in both men’s and women’s divisions.

For the first time in the six years of the ISA World SUP and Paddleboard Championship, the divisions will feature gender equality, creating more opportunity for elite female athletes. Photo: ISA / Rommel Gonzales

As the global authority for the sport, the ISA has also enabled both SUP racers and surfers to contest medals in several Olympic Movement events in the past few years.

Under the guidance of the ISA, both SUP Surfing and Racing disciplines have grown in popularity and professionalism. The ISA World StandUp Paddle and Paddleboard Championship is now the fastest growing event in the federation’s World Championship Series. This latest advancement of women’s SUP highlights the ISA’s daily efforts to further develop the sport around the world with a greater number of elite female and male athletes now qualifying to compete at the highest level.

In its 6th edition, the ISA World SUP and Paddleboard Championship will be held in two locations. The event kicks off in Copenhagen from 1-3 September with the Opening Ceremony, SUP and Paddleboard Distance races and SUP Sprint Races followed by a medals ceremony in the heart of the city. The teams then travel to Vorupør where the SUP Technical Races, SUP Surfing and Team Relay Race will take place from 5-10 September.

The ISA event will be organized by Friends of Cold Hawaii, an association that hosts annual ocean sport championships in Denmark, in collaboration with the Danish Surf and Rafting Federation (DSRF), Sportevent Denmark, Wonderful Copenhagen and Copenhagen Watersports – the largest rafting and StandUp Paddle club in Denmark, and will be the first time the competition has travelled to the Scandinavian nation.

The first two years of the ISA World StandUp Paddle and Paddleboard were hosted in Peru, before taking place in Nicaragua in 2014, Mexico in 2015 and Fiji in 2016.

“Promoting greater opportunities for women and gender equity through our events is critically important to the ISA and to me personally. As the world governing authority for SUP and Paddleboard, disciplines of Surfing, we are constantly working to foster their worldwide development and growth.

“We are excited to take this event to Denmark for the first time, where the enthusiasm for SUP is a testimony to the global growth, development and youth appeal of this key ISA discipline. Following the 2016 Championship in Fiji last November and with Denmark later this year, we can demonstrate the universality of SUP and Paddleboard – which is a result of years of hard work by the ISA and our National Federations in all continents.

“We plan to build on SUP’s successful inclusion in major multi-sport games, such as the 2019 Pan Am Games and 2019 World Beach Games, and continue our tireless promotion and support of the sport with the goal of eventual inclusion in the Olympic Sports Program. SUP is an intrinsic part of the Surfing world, and we intend to keep it that way.”