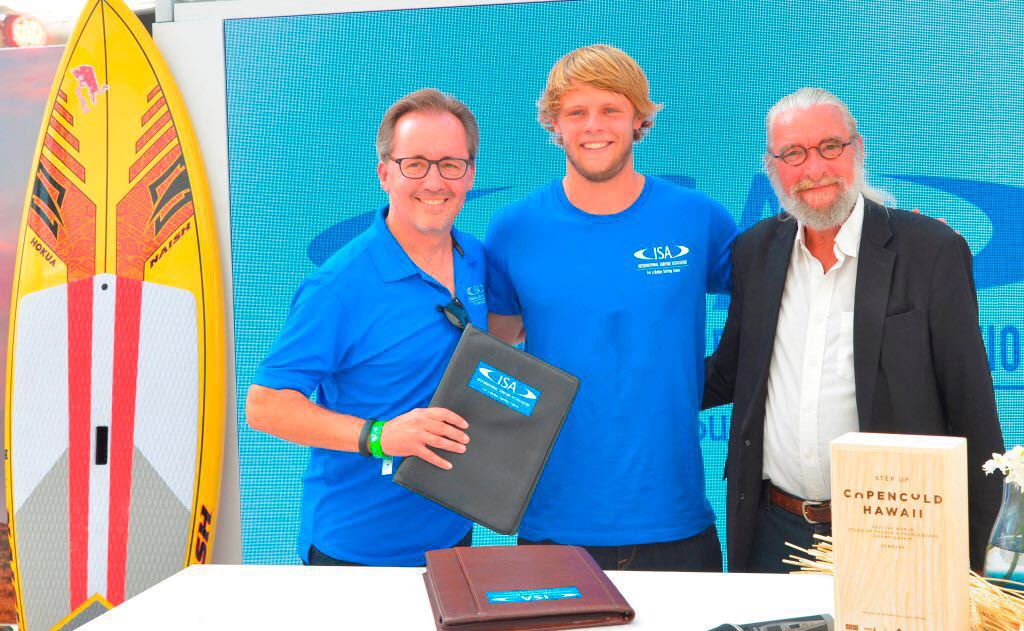 The International Surfing Association (ISA) today announced that the ISA World Standup Paddle (SUP) and Paddleboard Championship will be held in Denmark in September 2017 , with specific actions to be determined in the near future dates.

From left to right: The Executive Director of the ISA, Robert Fasulo, Vice President and World Champion ISA, Casper Steinfath and President of Friends of Cold Hawaii, Finn Jorsal, attend the official event of the signing of the contract for the ISA World SUP and Paddleboard Championship 2017 in Denmark.

The ISA event will be organized by Friends of Cold Hawaii , an association that conducts annual championships of water sports, in collaboration with the Danish Surfing and Rafting Federation (DSRF), Sportevent Denmark, Wonderful Copenhagen and Copenhagen Watersports – the largest club Standup Paddle and rafting in Denmark.

The announcement was made ​​in Denmark House, the meeting place of the National Olympic Committee of Denmark during the Olympic Games Rio 2016, located at Ipanema Beach. The Executive Director of the ISA, Robert Fasulo , and the Chairman of the Local Organizing Committee Friends of Cold Hawaii, Finn Jorsal, signed the contract. Also the Vice President of the ISA SUP World Champion, Casper Steinfath of Denmark, attended the event.

The ISA World Championship will take place in two locations: the SUP and Paddleboard Racing in Copenhagen, the capital, and the SUP Surfing in Klitmøller (known as Cold Hawaii) – an ideal location on the northwest coast of Denmark. 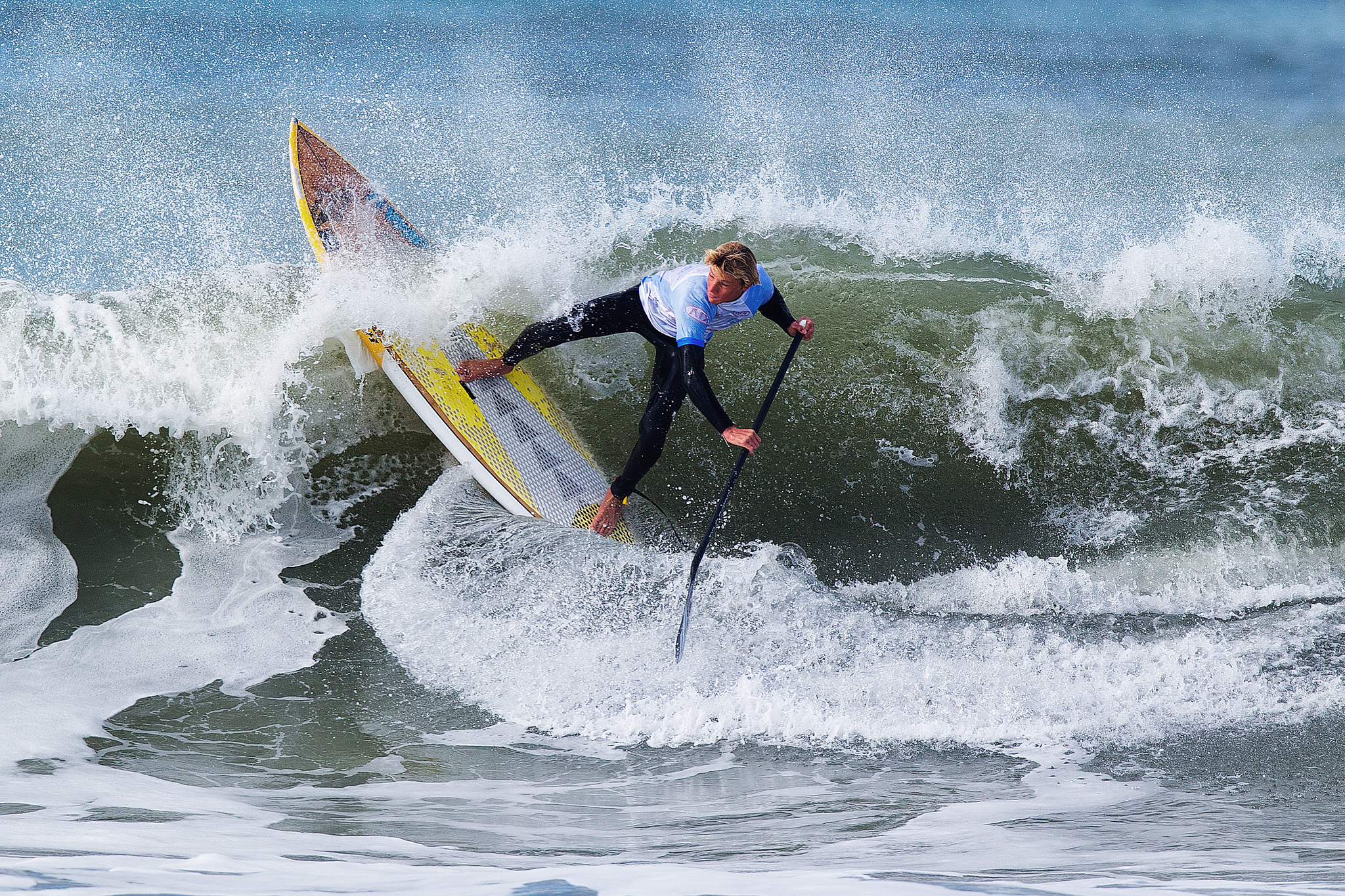 Klitmøller, known as Coldhawaii in the community and SUP Surfing in Denmark, is well located on the northwest coast of Denmark for North Sea storm surges. Photo: Copencold Hawaii

The announcement of the ISA World SUP and Paddleboard Championship 2017 comes after the confirmation of the 2016 edition, which will take place in recognized worldwide waves of Cloudbreak, Fiji from 12 to 20 November 2016.

Since joining the World Championship Series ISA in 2012 in Peru, the ISA World SUP and Paddleboard Championship has become the fastest growing event. In the 2015 event, turnout was more than double that in the first event of 2012. 27 Nations and 260 athletes gathered on the beaches of Sayulita, Mexico for an amazing week of competition. The result was the first Gold Medal for Team USA. 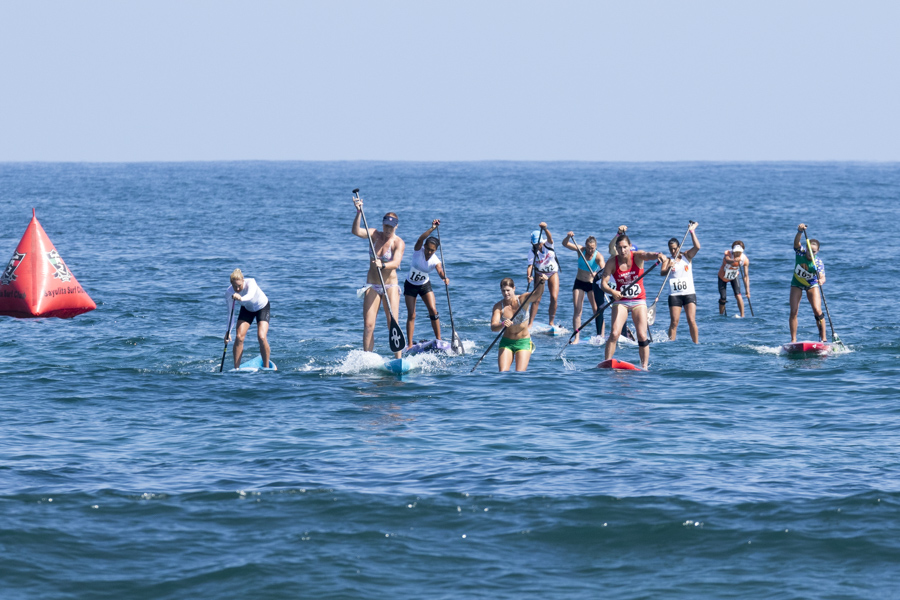 The world’s best SUP and Paddleboard racers will compete in Copenhagen, the capital city of Denmark, in 2017. Photo: ISA / Ben Reed

“We are pleased to bring our ISA World SUP and Paddleboard Championship 2017 in Denmark, and for the first time to Europe. We are excited to join our friends in Denmark whose commitment and enthusiasm with SUP is a testament to the overall growth and development of this key discipline of the ISA. With our Championship 2016 in Fiji, this November, followed by Denmark next year, the SUP and Paddleboard are becoming more global sports.

“As the global governing authority of SUP and Paddleboard, we are working every day to develop these disciplines around the world. After inclusion Racing SUP in the 2019 Pan American Games in Lima, bring this championship to Denmark and Europe will provide another incredible platform for the world’s best athletes to compete in a world class event, increasing the global profile of sport .

“We can expect the best SUP surfers, runners and athletes SUP Paddleboard reach Copenhagen and the beaches of northern Denmark to experience the beautiful coastline and welcoming people of the country. I would also like to express my appreciation and gratitude to friends and Danish Cold Hawaii Surfing and Rafting Federation for their support. ”

“We are honored and proud to announce that Denmark will be the first European country to receive the ISA World SUP and Paddleboard Championship. Our goal to grow and develop SUP and Paddleboard is aligned with the vision of the International Surfing Association and are pleased to work together to promote the sport. ”

“We are excited to make this historic announcement here in Rio where the Surfing has just been confirmed as an Olympic sport for 2020. Tokyo is a fantastic opportunity for all sports and we are determined to support the ISA as we continue the development of SUP and Paddleboard in the hope that one day these disciplines also join the Olympic Games. “